The Springboks’ secret weapon is a pretty simple one

New skipper Warren Whiteley believes it's not just about tactics or skills but also creating a strong team culture. 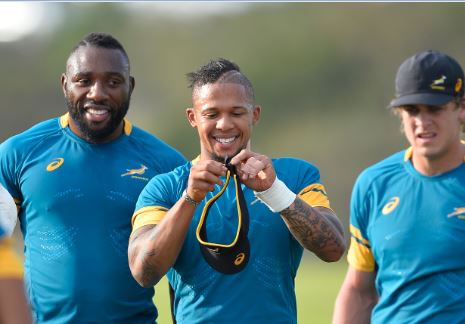 A very important part of the Springboks’ preparation for this weekend’s opening Test against France at Loftus Versfeld happened off the field, believes new captain Warren Whiteley.

Whiteley is set to make his debut as national skipper when an expected new-look side take the field as underdogs after a very disappointing 2016.

Whiteley said the squad spent a good deal of time on building a strong and enjoyable team environment.

“We are essentially a new group, so it was important for us to be able to spend quality time together as a team,” said Whiteley of the camp in Plettenberg Bay.

“Our activities were thoroughly enjoyable and it gave us chance to get to know one another much better, which is so important for a good team environment.”

With centres Damian de Allende and Lionel Mapoe both struggling with niggles, it is likely Jan Serfontein and Jesse Kriel will start in midfield.

Mapoe pulled up with a hamstring strain which was being described as “minor” by the Bok camp, while De Allende has a thigh contusion, picked up in the Stormers’ last Super Rugby match against the Sharks.

With the last two overseas players in Francois Hougaard and Duane Vermeulen joining the squad over the next two days, the squad will reach its full complement.

Adhering to the technical details of their preparation, Whiteley also welcomed the visit last week of referee Jaco Peyper.

“We covered a lot of important technical detail with him and we as players really enjoyed the interaction with Jaco,” said Whiteley.

“We know he has a very busy schedule, so we are all grateful for the two days he was able to assist us in camp.”

Peyper will handle the first Test between the All Blacks and the British and Irish Lions at Eden Park on June 24.