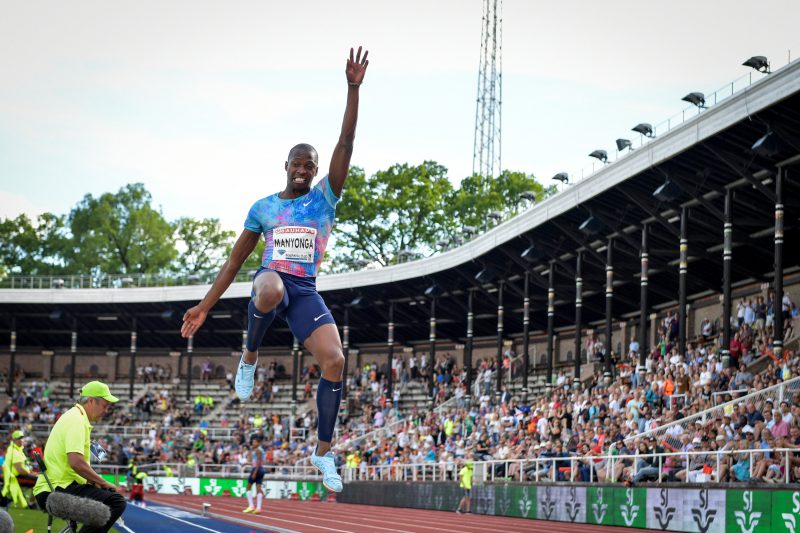 Luvo Manyonga extended his unbeaten streak this season, racking up another victory at the Diamond League meeting in Stockholm on Sunday.

Though he was unable to leap beyond 8.60m for the first time in his last five competitive appearances, his best effort of 8.36m was enough to win the men’s long jump contest.

He held off countryman Ruswahl Samaai, who finished second, by seven centimetres.

While Manyonga landed awkwardly with his final jump and received medical attention on the field, it was unclear whether the injury to his left leg was serious.

There was no luck for fellow South Africans LJ van Zyl and Antonio Alkana, with both hurdlers missing out on the races for their respective podiums.

Van Zyl, locked in a battle for second place after a good start in the men’s 400m hurdles race, clipped the final barrier with his trailing foot and stumbled.

He crossed the line in eighth position in 51.42 seconds, well off the pace of Norwegian winner Karsten Warholm (48.82).

Alkana, meanwhile, was disqualified for a false start in the 110m hurdles battle.

Van Rensburg achieved the ‘B’ standard qualifying time for the World Championships in London in August.

On Saturday, a national quartet consisting of Akani Simbine, Henricho Bruintjies, Thando Roto and Clarence Munyai had won the men’s 4x100m relay at the PTS meeting in Somarin in 49.80.

Lying 17th in the race for 16 available spots at the global championships, with a season’s best of 48.47, the SA squad remained 0.03 outside a qualifying place with five weeks remaining in the window period.