Wayde van Niekerk is in a league of his own 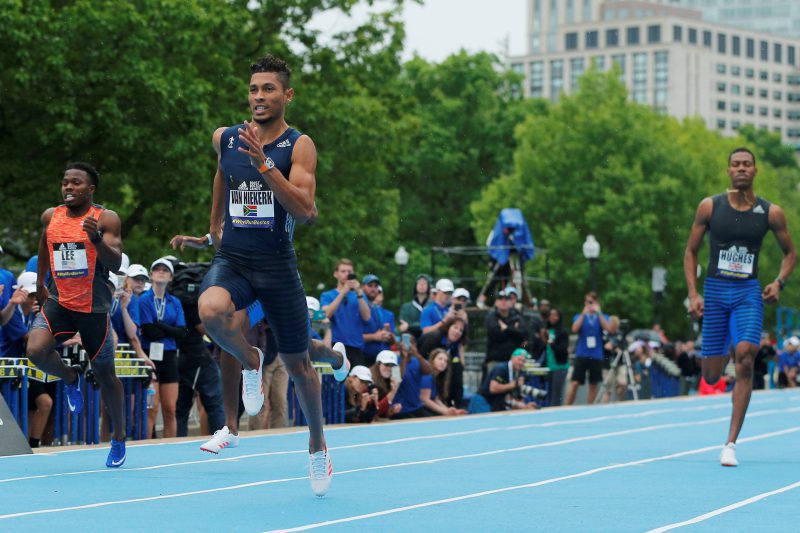 His latest effort in the 100m dash offers another good sign in the build-up to the World Championships , sprinter Wayde van Niekerk believes, after he stormed to a personal best on Tuesday night.

Aiming to successfully defend his 400m world title and grab his maiden 200m crown in London in August, in an attempt to become the second man after American great Michael Johnson to claim both titles, the one-lap world record holder clocked 9.94 seconds at a permit meeting in Velenje.

He chopped 0.04 off his career best over the shorter distance.

Also boasting career bests of 19.84 (200m) and 43.03 (400m), he continued to expand his remarkable range across all sprint distances, climbing to second place in the all-time national 100m rankings after crossing the line 0.05 outside the SA record held by Akani Simbine.

“I’m very pleased. It’s my best time and I’m glad it ended the way I wanted it to,” Van Niekerk told the IAAF website.

“This also bodes well for my two main distances.”

Though he will not compete in the individual 100m event, he may be called on for the SA 4x100m relay team if the national squad earns a qualifying berth.

While he has settled in first (200m) and sixth (100m) places in this year’s world rankings, Van Niekerk has not yet turned on the gas in a 400m race, having focussed on the shorter sprints thus far. As the defending one-lap champion, however, he receives an automatic entry after winning gold at the 2015 World Championships in Beijing.

Should he win both 200m and 400m titles, he will become the first athlete to do so since Johnson in Gothenburg in 1995.