The 28-year-old athlete crossed the line nearly three seconds clear of Under-23 world champion Marieke Keijser of the Netherlands. 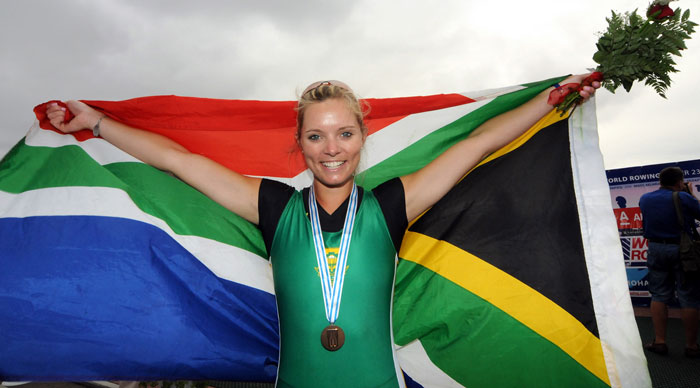 Olympic finalist Kirsten McCann made a statement in the build-up to the World Rowing Championships by producing an impressive performance at the weekend, winning gold to lead a small South African contingent at the third and final leg of the World Cup series in Lucerne.

McCann won the lightweight women’s single sculls final in 7:45.75 on Saturday, earning a massive confidence boost ahead of the global championships in Sarasota, Florida in September.

The 28-year-old athlete, competing in her first top-flight race of the season as she began a new four-year Olympic cycle, crossed the line nearly three seconds clear of Under-23 world champion Marieke Keijser of the Netherlands, who took second place in 7:48.61.

McCann, who earned bronze at the 2015 World Championships and finished fifth at last year’s Olympics with compatriot Ursula Grobler in the lightweight double sculls event, was expected to put up a fight for a podium place in the singles boat at the global championships after establishing her place among the early favourites.

Meanwhile, a national quartet narrowly missed out on a medal in the men’s four final at the World Cup regatta on Sunday, with Olympic silver medallist Lawrence Brittain, former Olympic champion John Smith, David Hunt and Jake Green settling for fourth position in 5:54.77.

Lying fifth at the halfway mark, they managed to close down the Spanish team, but a late surge was not enough to catch the Dutch boat consisting of Harold Langen, Jasper Tissen, Vincent van der Want and Govert Viergever, who held them off by five hundredths of a second (0.05) to clinch third spot.