2017’s World Championships start on Friday in London and South Africa has a real shot of earning a record medal tally. 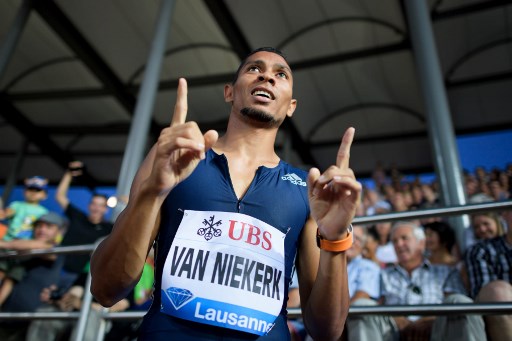 Based on form and class, Wayde van Niekerk is guaranteed a medal in the World Championships. Photo: Fabrice Coffrini/AFP.

South Africa has never earned more than four medals at the IAAF World Championships, but the 16th edition starting in London on Friday could be a turning point at international level.

In the second installment of our two-part series, we take a look at the athletes who should be expected to walk away with medals.

And some of them are real superstars.

Undoubtedly the favourite in the one-lap contest, his rocketing start and raw speed will also give him a good chance in a wide open 200m battle.

Easily the best long jumper in the world, with four leaps of 8.61m and beyond, Manyonga has not put a foot wrong this season.

After shaking off an ankle injury, if he is anywhere near his best form, the rest of the field is likely to be competing for silver.

Comment: Unbeaten in the 800m event for nearly two years, Semenya is expected to hold off a pack of hungry opponents in the final.

And while she is a relatively unknown prospect over the 1 500m distance, if she can stay in touch of the leaders she has the speed to challenge for the podium.

Playing second fiddle to Manyonga hasn’t been all bad for Samaai.

He’s had a cracking season himself. Between them, South Africa’s top jumpers have produced 11 of the 12 best leaps in the world this year.

Samaai has the potential, but he’ll need to turn it on when it matters most.

If he has a good start, Simbine is tough to beat.

The most consistent 100m sprinter in the world this year, he has run under 10 seconds on eight occasions in the last four months.

The 200m is more of a gamble, but he has a chance there too.