The race walker surprises everyone except himself as he finishes just outside a medal place at the IAAF World Championships. 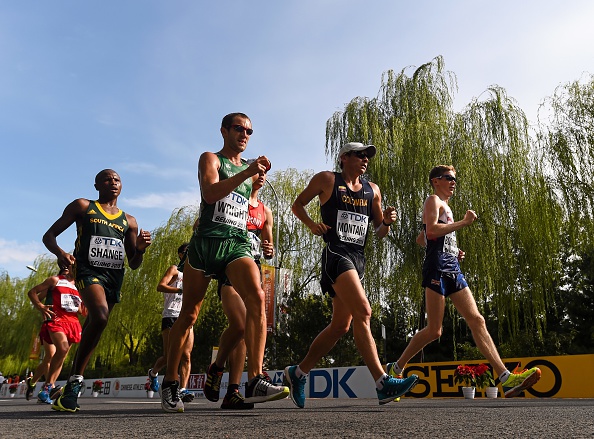 Race walker Lebogang Shange delivered the surprise performance of the SA team’s campaign on Sunday, on the 10th and final day of the IAAF World Championships in London, as he narrowly missed out on a medal in the men’s 20km walk.

Lying in 20th position at the halfway mark after a conservative start, he worked hard to close the gap on the lead pack and stormed to the front with less than three kilometres remaining.

He was leading at the bell, with the race held on a 2km loop outside Buckingham Palace, but after putting up a fight to give himself a medal chance, he slipped off the pace in the closing stages.

The 27-year-old athlete crossed the line in fourth position in 1:19:18, chopping 48 seconds off his own SA record which he set in Adelaide in February last year.

He was 14 seconds outside a podium position.

Eider Arevalo of Colombia kicked hard down the finishing straight to take the gold medal in 1:18:53, with three of the top four men setting national bests.

After putting up a gutsy fight, Shange said he was pleased with the result.

“I feel great. I’m not surprised by my position because I worked hard for it,” he said.

“I spent three months in Europe and didn’t go home. For two months I was in Australia with no Christmas (celebrations) or New Year while I was in a training camp.”