SA's golden girl not only runs the fastest time in 2017, she could also equal a record held by the legendary Maria Mutola. 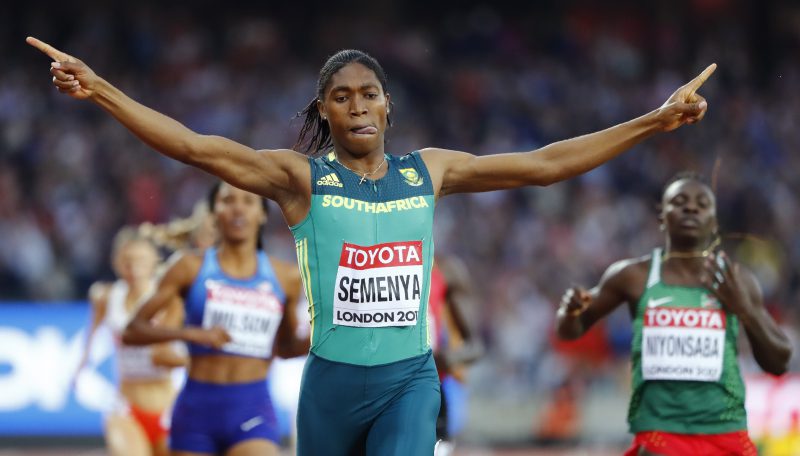 Middle-distance star Caster Semenya closed out the South African team’s campaign in style on Sunday, storming to a convincing victory in the women’s 800m final at the IAAF World Championships in London.

With Francine Niyonsaba of Burundi and Ajee Wilson of the United States taking the race out hard in an effort to burn the sting out of Semenya’s kick, she was dragged through the bell in fifth place.

Launching herself off the bend and driving hard into the home straight, she drew clear in the chase for the line to take the win in 1:55.16, clipping 0.11 off the national record she set at the Diamond League meeting in Monaco last month.

Semenya, unbeaten over the two-lap distance for the last two years, added the global crown to the world title she won as a teenager in Berlin in 2009 and the Olympic victory she achieved in Rio last year, though her tally was expected to be lifted when Russian athlete Mariya Savinova’s appeal against a doping ban was finalised later this year.

The versatile athlete had also bagged the 1 500m bronze medal in the English capital earlier in the week.

To add to her achievement, Semenya could equal the legendary Maria Mutola’s record of winning three world titles in the 800 should Savinova’s appeal be dismissed.

The SA team completed their campaign at the global championships with a record haul of six medals, including three gold, one silver and two bronze.