South Africa's golden duo on the track and field dominated their events this year and were handsomely rewarded in Switzerland. 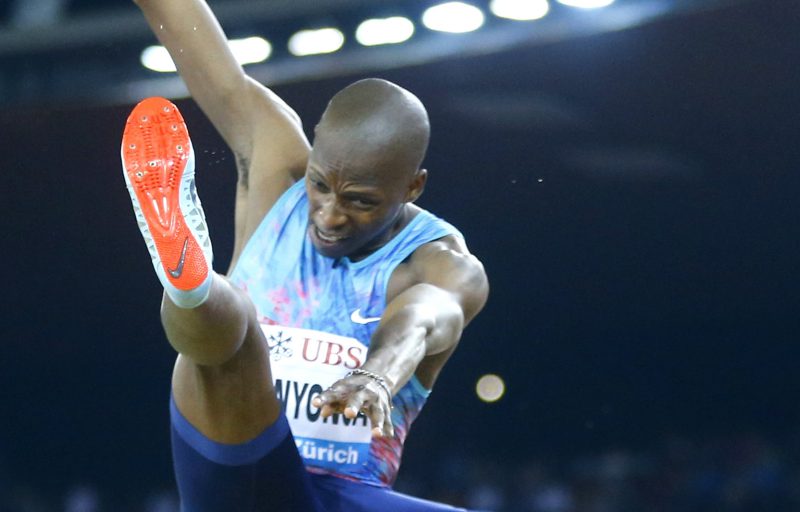 Two South African athletes wrapped up unbeaten seasons on Thursday night by securing series titles in their events at the first of two Diamond League finals in Zurich.

Luvo Manyonga closed out a dominant campaign in the men’s long jump, with the world champion producing a best leap of 8.49m in the fourth round to finish comfortably clear of second-placed compatriot Ruswahl Samaai (8.31m).

Khotso Mokoena ended his inconsistent top-flight season by taking ninth place with an opening round effort of 7.13m.

In the women’s 800m race, Caster Semenya sat back for most of the contest, before kicking on the second lap and charging down the home straight to win in 1:55.84. She became the first South African athlete to successfully defend a Diamond League series title.

Her nearest opponent, Francine Niyonsaba of Burundi, was 0.87 off the pace in second position, as Semenya dragged a total of six women under 1:58.00.

“I think it was a good race again,” Semenya said.

Sprinter Akani Simbine finished sixth in the men’s 100m race in 10.10, just 0.13 behind British winner Chijindu Ujah in a hard-fought battle, and LJ van Zyl was seventh in the men’s 400m hurdles race in 49.92.

Sprinter Pieter Conradie, who landed in hot water for dropping the SA team at the World Student Games in Taipei after receiving a late invite to compete in the lucrative series final, ended seventh in the men’s 400m race in 46.45.

Earlier, in the first event on the main programme, Wenda Nel was sixth in the women’s 400m hurdles race in 55.86, though the contest was not a final.

The one-lap battle over the barriers was set to be decided at the second leg of the Diamond League season final in Brussels next week.