After doing all the hard work to get herself into a good position, fate strikes her with a cruel blow. 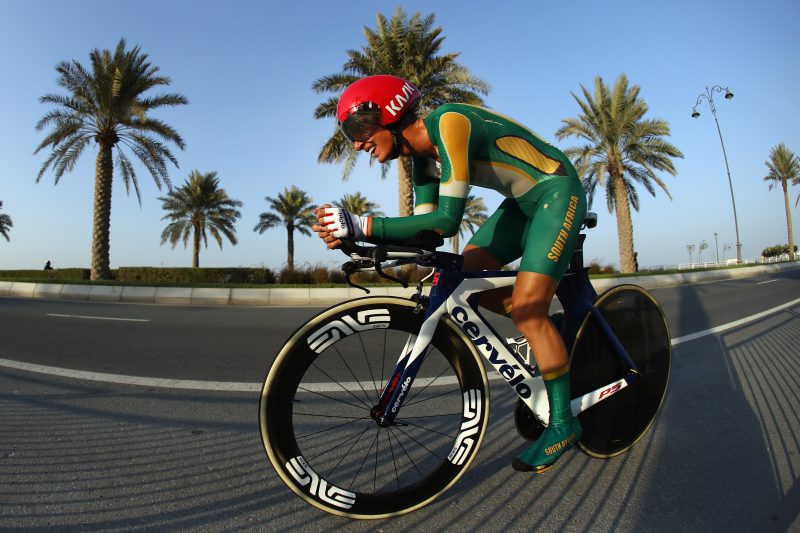 After putting in the early work and placing herself in contention, Ashleigh Moolman-Pasio’s medal hopes burned out in a crash on Saturday, in the elite women’s road race at the UCI Road World Championships in Bergen.

The South African rider produced a brave solo fight against full-strength national teams from around the globe, and she was well placed in the peloton on the seventh of eight laps.

She was involved in a collision with three other riders, however, with less than 35 kilometres remaining in the 152.8km battle, bringing an end her attempt to become the first South African to win a road cycling world title.

The Commonwealth Games bronze medallist, who took third place in the team time trial with her Cervelo-Biga trade outfit last week, did not complete the individual race, though it was not yet clear if she had picked up any injuries in the crash.

Chane Jonker, the only other SA rider in the race, was more than six minutes off the pace after two laps and she did not make it to the finish.

Dutch rider Chantal Blaak earned the gold medal, crossing the line in 4:06:30 to hold off a large chasing group by 28 seconds.

The eight-day annual championships were set to come to a close on Sunday, with Daryl Impey, Reinardt Janse van Rensburg and Willie Smit turning out for the SA team in the elite men’s road race.