Special day for Daryl Impey as he wins his first local race while his women's counterpart ends a good season on a solid note. 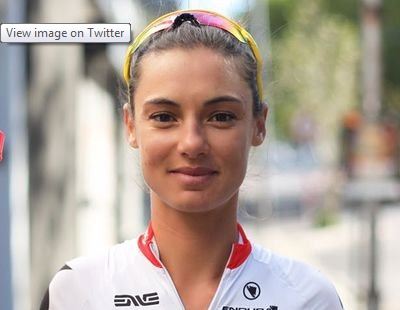 Making a break in a gutsy move that paid off, Daryl Impey secured his maiden title at the Telkom 947 Cycle Challenge in Joburg on Sunday, while Ashleigh Moolman-Pasio outclassed an international field to win the women’s race.

Racing solo, without the support of his Orica-Scott team at the domestic contest, Impey earned his first victory at a major South African road race.

He finished more than a minute clear of his nearest opponent, with Team BCX rider Calvin Beneke grabbing second spot in a sprint for the minor placings.

“Everyone talks about the big races in South Africa and I’ve won none of them, so it’s nice to get this one,” Impey said.

With the women’s event classified as a UCI 1.1 race, Moolman-Pasio did well to close out her season in style.

Having missed last year’s Cycle Challenge after breaking her hip in a crash at a time trial contest in Europe, she bounced back from another crash at the recent World Championships to claim her fourth victory at the popular annual race.

Riding for an all-African team, in the absence of her Cervelo-Bigla pro outfit, Moolman-Pasio waited for a late climb to make her break.

She was rewarded for her patience, finishing well clear of Norwegian rider Vita Heine (HiTec Products) who took second place.

“Staying calm is something I have had to learn (while racing) in Europe,” Moolman-Pasio said afterwards.

“I get too excited and like to attack from early on, but I have started being a lot calmer in the World Tour this year, learning to have composure and waiting for my chance.”