Everything you need to know about Giniel de Villiers and the rest of his compatriots' campaign in the deserts of South America. 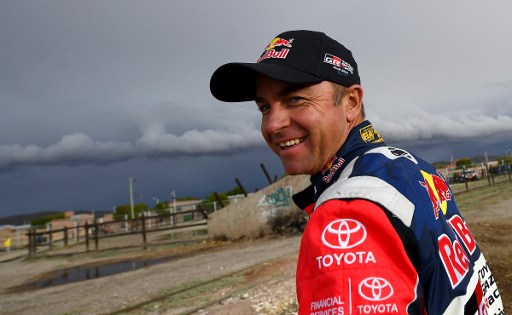 Lining up among the favourites to win the gruelling off-road battle, South African driver Giniel de Villiers is confident of his chances as he chases his second career victory at the Dakar Rally in South America.

De Villiers will turn out for the local Toyota Gazoo Racing team at the prestigious annual contest which starts in Peru on Saturday.

Here’s what you need to know about the veteran driver and the challenges he will face over the next two weeks of racing.

One of the most accomplished drivers in the field, De Villiers will make his 15th successive appearance at the annual race.

Only once has he finished outside the top 10, with his career tally including seven podium finishes.

In 2009 he secured a historic victory with German co-driver Dirk von Zitzewitz when he became the first African driver to lift the overall title.

Nani Roma of Spain, who finished fourth for the Toyota Gazoo team last year, has since made a switch to Mini, but the South African outfit should remain competitive in his absence.

De Villiers will spearhead the team with two-time former Dakar winner Nasser Al-Attiyah of Qatar, who will be eager to bounce back after he was forced to withdraw during last year’s race.

The French drivers in the Peugeot team are again expected to lead the charge at the front of the field.

Defending champion Stephane Peterhansel, a record 13-time winner of the race in the car and bike divisions, is again likely to put up a fight, along with nine-time world rally champion Sebastien Loeb, who finished second last year.

De Villiers will not be the only member of the SA contingent at the race.

Hennie de Klerk and Gerhard Schutte will compete for Volkswagen, and Robert Howie is listed as the co-driver for Argentine Lucio Alvarez (Toyota).

On the bikes, David Thomas is back on his Husqvarna, while Willem du Toit, Donovan van der Langenberg and Gerry van der Byl will make their Dakar debuts on KTM bikes.

The race includes 14 stages, consisting of more than 8 400km of driving and over 4 200km of special stage racing through three different countries, starting in Lima, Peru and finishing in Cordoba, Argentina.

“Peugeot is still the team to beat, but the 2018 Dakar will be demanding right from the start with the dunes in Peru. I really liked it the last time we were there so I am thrilled there will be more off-road. I had a chance to put in some good preparation on the dunes at the China Rally (in September). Now I hope to win again, but to do that I will have to find the right pace and get lucky.” – Giniel de Villiers