It is not the students' fault - let the powers that be and sharp minds find a sustainable solution. In the interim, let Azania's children taste tertiary education. So, our higher education and training machinery is in utter shambles. Let’s agree on that and look for low-hanging fruit. We are a country known for fantastic solutions, but terrible at implementing interventions. Time to stop.

At the core of our challenges is the age-old belief that all matriculants ought to go to university. When they do enroll at tertiary institutions, often students are equipped with skills the economy simply doesn’t require at all.

Those strategic enough to pick courses that may guarantee absorption into the economy face another uphill battle – the economic growth rate has been revised to 0.8%, with very few jobs graduates can move into immediately.

We are also told we need skilled teachers. The rate at which the country produces future classrooms is worrying, and bizarrely, at much greater cost relative to other countries. When the ANC assumed power in the past, teachers’ colleges (and technical colleges) were closed down. There has been much talk, but very little action, of bringing them back into the national education system grid.

The other solution to the skills scarcity are what are now called Technical, Vocational, Education and Training (TVET) institutions, which have been reduced to the Cinderella of the learning world. They require an overhaul that will address pay gaps, curriculum, modernisation of facilities, retention of skilled trainers and instructors as well as a marketing strategy to attract students who intend to gain technical skills, not as Plan B for those rejected by universities.

In the long term, universities could perhaps segment according to streams covering science and technology; innovation; knowledge production and future economy; social sciences and humanities as well as finance and mathematical sciences. But we all know this will be yet another convoluted exercise likely to be titled “Project 2050”, with annual plans and report and very little implementation. Let us rather take baby steps in the interim.

Turning away walk-in students is painfully exclusionary and a reminder that universities were historically meant for the elites and changing the goalposts to ensure a sizeable blue-collar working population. At this moment it’s insignificant to me who declared free education, who stoked students to storm university gates and whose son-in-law is currently selling the country and students a pipe dream. Don’t punish students for leaders’ failures.

The education sector, including, but not limited to, the ministry, research institutions, think-tanks, political parties, student formations, researchers, educational specialists, nonprofit organisations, lawmakers and vice-chancellors will have to get their act together. If a Skype teleconference shall suffice, let them do that. For we all know, plenty of consultations and conferences have been held to find a solution that was promptly ignored thereafter.

In the meantime, register those students. Let them experience tertiary education. Let them decide whether they have made the right choice. Let them feel the butterflies in their stomach as they undertake that journey to their tertiary destination with their mates in song. It is cruel to deprive them of a dream. The alternative is too fatalistic to fathom. Rather a nation of unemployed graduates than a population of jailbirds. 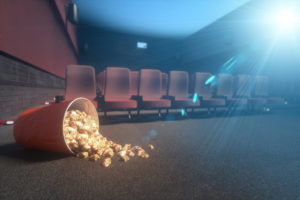 Another day, another school shooting in America
1 day ago
1 day ago
PREMIUM!

The world is in the same Covid boat - so why is Africa the scapegoat?
1 day ago
1 day ago

Another day, another school shooting in America
1 day ago
1 day ago
PREMIUM!

The world is in the same Covid boat - so why is Africa the scapegoat?
1 day ago
1 day ago