Sunny South Africa will have one guy at the Winter Olympics 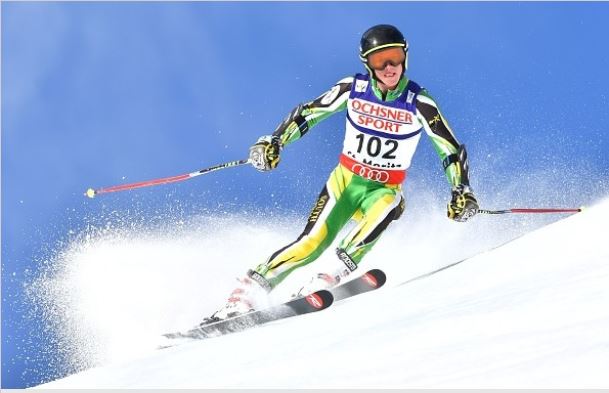 Though he won’t be challenging for medals in Pyeongchang later this month, downhill skier Connor Wilson will continue South Africa’s low-key but consistent tradition at the Winter Olympics.

With podium contenders largely limited to nations with cooler climates in the northern hemisphere, Wilson will be the lone SA representative at the quadrennial Games, as part of a small African contingent.

The 21-year-old athlete from Joburg, who attended St John’s College, was confirmed in the one-man national team this week.

After finishing 54th in the giant slalom and 71st in the slalom event at last year’s World Ski Championships in St Moritz, he was set to compete in both alpine skiing disciplines again at the Games.

“But, as we do in all our myriad sports, snow sports are still an important part of the sporting family.”

While the country hasn’t made much of an impact, South Africa has a long history at the Winter Games since returning from isolation.

At the 1994 showpiece in Lillehammer, the nation was represented by figure skater Dino Quattrocecere and speed skater Cindy Meyer, and four years later in Nagano, downhill skier Alex Heath made his Olympic debut alongside figure skater Shirene Human.

Heath would go on to become SA’s most experienced competitor at the Games, turning out as the lone representative at Salt Lake City in 2002.

Another four years on, at the 2006 Turin Games, the SA team included three athletes for the first time.

Competing at the showpiece for the third edition in succession, Heath became the first African skier to compete in all five alpine disciplines, while skeleton sledder Tyler Botha finished 21st in his event to record the best performance by a South African athlete at the Games.

In a controversial move ahead of the 2014 Sochi Games, however, Sascoc opted to leave alpine skier Sive Speelman at home, and no SA athlete competed at the winter showpiece for the first time since readmission.

Perhaps making up for that decision, the national Olympic body included Speelman in the management team for this month’s spectacle, as a technical official to assist Wilson and coach Peter Pilz.

“We wish Connor all the best and I’m also sure that Sive Speelman is going to gain a wealth of experience during his time in South Korea,” Sam said.

The 23rd Winter Olympics will be held in Pyeongchang between February 9-25.

A total of 92 countries will compete in 102 disciplines across 15 codes.

While the official opening ceremony will be held on Friday, the competition will start a day earlier, with the curling tournament scheduled to begin on Thursday.