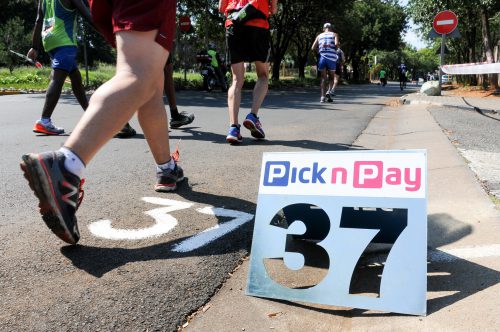 An amateur runner died at the weekend, organisers have confirmed, after collapsing 40 metres from the finish line at the Pick n Pay Marathon in Johannesburg.

“The event medical team responded, as did a number of medical doctors who were participating in the event,” race director Bruce King said in a statement.

“The medical team worked on the runner and he was then transported by ambulance to Linksfield Hospital, where he sadly passed away.”

The participant, apparently a 60-year-old man from Vosloorus, was believed to have suffered a heart attack during the 42.2km event, though it remained unclear.

“The sponsors and organisers are deeply saddened, and extend condolences to the family, friends and to the larger running community,” King said.

Though relatively rare, considering the large fields participating in the sport, deaths in long-distance road running races are not uncommon.

Among recent incidents at high-profile races, grandmaster runner Hendrik Matthys died at the 19km mark of the 21.1km race at the 2016 Soweto Marathon, and two years earlier, 39-year-old Louis du Preez died in hospital after collapsing in the final stretch of the 89km Comrades Marathon in KwaZulu-Natal.