The world and Olympic champion 'on the right path' for a build-up towards the Commonwealth Games in the 2nd leg of the Athletix Grand Prix. 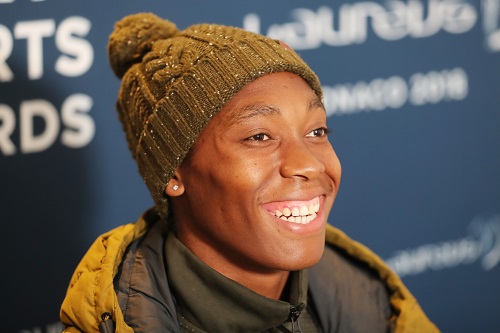 While much of the attention in the build-up has surrounded American sprinter Justin Gatlin’s maiden appearance on South African soil, local favourite Caster Semenya could steal the spotlight at the second leg of the Liquid Telecom Athletix Grand Prix series in Pretoria on Thursday night.

The world and Olympic 800m champion confirmed on Tuesday she would chase the 35-year-old South African 1 000m record of 2:37:20 held by Ilze Wicksell.

And though she was relying on the likes of compatriot Gena Lofstrand and Ugandans Winnie Nanyondo and Halimah Nakaayi to help push the pace, she believed the long-standing mark was in reach.

“Of course the main target is to break the national record, but it depends how we run the first 800m. It’s all about the markings and hitting the splits,” Semenya said.

She was set to make her debut in the rarely run 1 000m event, but Semenya’s performances over other distances in recent years indicated she had the potential to obliterate the long-standing mark, despite the altitude of the capital city.

After moving back to Pretoria from her previous base in Potchefstroom, and linking up with new coach Samuel Sepeng after cutting ties with Jean Verster, Semenya said she was “on the right path” ahead of the Commonwealth Games next month.

“Obviously it’s still early in the season… but we’re ok, and Thursday night will tell where we are.”