Both men's and women's races characterised by their tight natures right up to the finish. 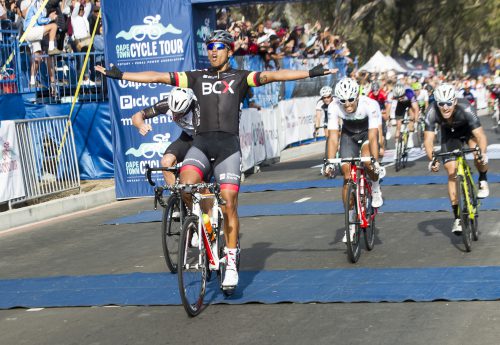 With the peloton taking the 109km race to the line, Hoffman (Team BCX) called on his swift turn of speed as a former track specialist to reclaim the crown he won in 2014 and 2015.

He became only the fourth man to win the annual contest three times.

Hoffman crossed the line in 2:37:30, one second clear of mountain bike specialist Sam Gaze of New Zealand, who turned out for the Investec-Songo-Specialized outfit.

With the elite women covering a shorter distance than the men (76km), the Demacon rider completed the race in 2:11:50.