Gold for South Africa's king of the pool in the butterfly but that's where the euphoria ended. 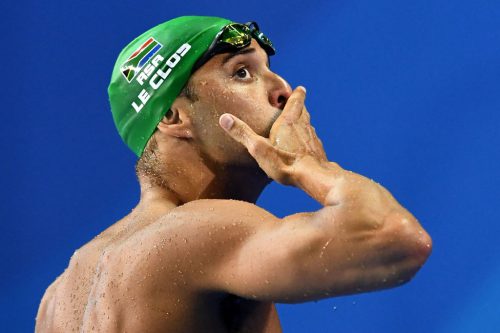 There was joy and disappointment for Chad le Clos on Friday, with the versatile swimmer earning his first medal of the Commonwealth Games before seeing his record podium charge almost slipping out of reach.

Le Clos stormed to victory in the men’s 50m butterfly final, touching the wall in 23.37, with compatriot Ryan Coetzee securing bronze in 23.73 as they lifted the SA team’s medal tally to three after two days of competition.

Returning to the pool just minutes later, Le Clos went out hard in the 200m freestyle final and led after the second turn, but he faded to seventh place.

In the 4x100m freestyle final, he smashed the second leg by dipping under 48 seconds but the rest of the team were unable to carry them home as they settled for sixth position.

“I’m a little disappointed tonight, not to get on the podium in the 200m free and the relay as well, but we tried our best,” Le Clos said.

Chasing at least six medals to equal the overall career Commonwealth record of 18, he would need to reach the podium in all five of his remaining events (including two relays) to achieve his goal, but he remained confident about his chances in his remaining events.

“It’s not going to change my week. I still want to win my individual races,” he said.

“I’m more motivated for tomorrow, for sure.”

Meanwhile, Tatjana Schoenmaker touched the wall in 30.82 to finish fourth in the women’s 50m breaststroke final, and while she missed a medal by 0.04, she clipped 0.01 off Penny Heyns’ African record.

In the women’s 50m freestyle, Erin Gallagher clocked 25.03 to qualify fifth quickest for the final, also to be contested on day three.

Elsewhere on day two, weightlifter Johanni Taljaard took sixth place in the women’s 58km division, lifting a total of 171kg in the snatch and the clean and jerk.

On the netball court, the Proteas led 38-37 going into the final quarter against a fancied Jamaican side, but they lost control in the final stanza and went down 57-46 in their first group match.