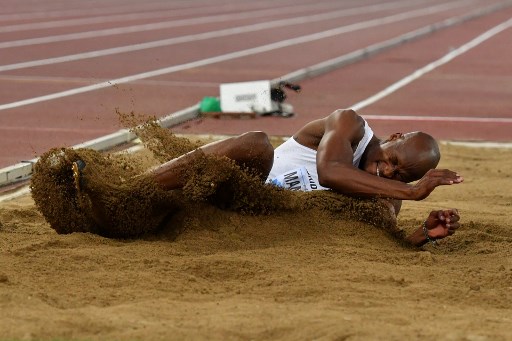 World champion Luvo Manyonga delivered under pressure once again on Thursday night, snatching a hard-fought victory at the Golden Gala track and field meeting in Rome, which formed the fourth leg of the IAAF Diamond League series.

In an explosive second round of the men’s long jump competition, Manyonga leaped 8.58 metres, adding two centimetres to the 2018 world lead he had set when he won the Shanghai leg of the top-flight campaign three weeks earlier.

While Cuban teenager Juan Miguel Echevarria produced a personal best of 8.53m, also in the second round, he had to settle for the runner-up spot, and South African Ruswahl Samaai finished third with a jump of 8.34m after a typically consistent series of attempts which included four leaps over eight metres.

In the men’s 100m race, Commonwealth Games champion Akani Simbine finished fifth in 10.13 seconds, crossing the line 0.20 behind American sprinter Ronnie Baker, who set the fastest time in the world this year to take the win in 9.93.