Caster Semenya back on track in Paris

Following off-field battles over the decision to force her to medically manage her hormones, South Africa's queen of the track has the opportunity to make the best statement. 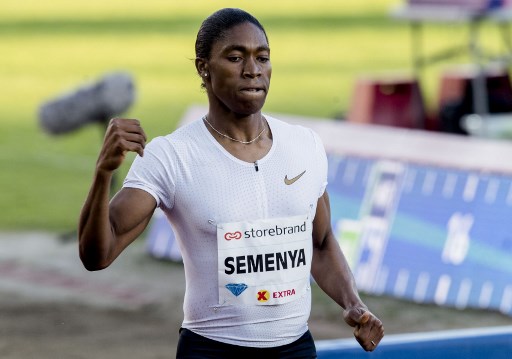 Having raised her voice by making a rare statement against new gender regulations, as she prepares for a legal battle against the International Association of Athletics Federations (IAAF), South African middle-distance ace Caster Semenya will return to the track in Paris on Saturday night as she looks to flaunt her explosive form at the seventh leg of the global body’s top-flight Diamond League series.

Semenya, who announced earlier this month that she would join Athletics SA in appealing controversial IAAF rules restricting hyperandrogenic athletes, is three points clear at the top of the 800m series standings as she chases a third straight Diamond League crown.

Despite facing a quality line-up in the women’s two-lap race, which features the likes of world indoor champion Francine Niyonsaba of Burundi and rising American star Ajee Wilson, Semenya will be confident of extending her lengthy unbeaten run which has been extended to nearly three years.

Meanwhile, five other SA athletes will turn out in the French capital, with sprinters Akani Simbine, Henricho Bruintjies and Thando Roto all competing over the 100m distance.

Simbine, the Commonwealth Games gold medallist, is in the start lists for the A race alongside former world champion Yohan Blake of Jamaica and consistent speedster Mike Rodgers of the United States.

Bruintjies and Roto, meanwhile, will participate in the B race.

Another sprinter, 200m sensation Luxolo Adams, will be eager to build on a breakthrough season, and though the half-lap contest is not a Diamond League series race, the national champion will want to prove he deserves his place alongside the global elite.

In the men’s 110m hurdles battle, Antonio Alkana faces a formidable line-up led by American world record holder Aries Merritt and four other men who have crashed through the 13-second barrier, with a large field competing in heats to earn places in the final.