The hurdles specialist overcame injury and personal tragedy with a fine performance. 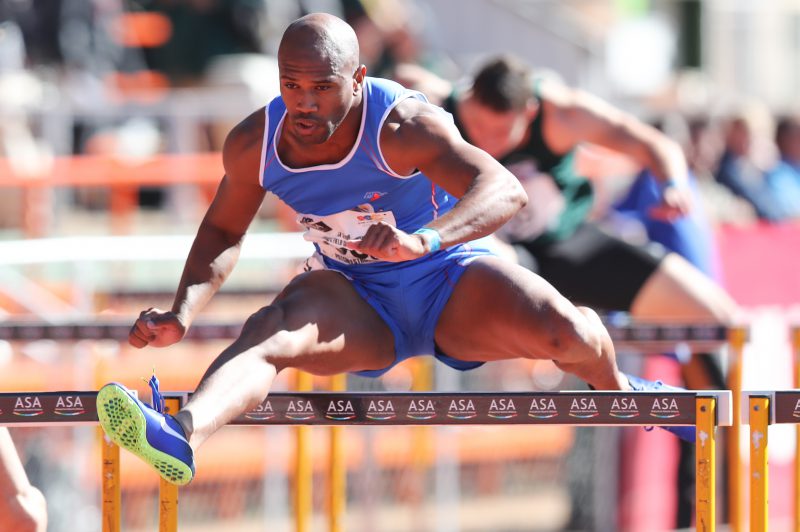 Antonio Alkana has been in excellent form in 2017 and, with an extra push, could be a medal contender in London. Photo: Roger Sedres/Gallo Images.

Admitting he was relieved to pick up a medal after a challenging year both on and off the track, hurdles specialist Antonio Alkana secured an emotional victory on Saturday, shining for the national team on day four of the African Athletics Championships.

The national record holder admitted he was frustrated by a delayed start, with the athletes being held in the waiting area for nearly an hour before the gun was fired, but he was pleased to have successfully defended the continental title he won in Durban two years ago.

“It was a tough season. It started with injury and then we had a death in the family. My mother passed away in January and she was my biggest supporter,” Alkana said.

“I’m just glad to have done what I came here to do, and to be running injury free again.”

After four days of competition, the SA team remained top of the table with a total of 21 medals, including six gold.