Disqualified road runners back in the mix

Five athletes were controversially disqualified from last weekend's Spar Grand Prix for following the wrong route but have been reinstated. 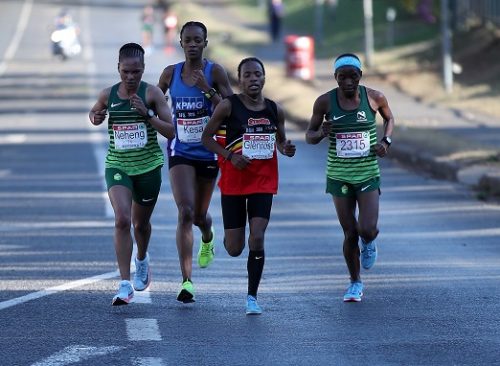 Glenrose Xaba in the lead during the Spar Women's Challenge at Pietermaritzburg Oval on August 19, 2018 in Pietermaritzburg, South Africa. (Photo by Reg Caldecott/Gallo Images)

Provincial body KwaZulu-Natal Athletics (KZNA) has reinstated five disqualified athletes, leaving the rankings of the country’s most lucrative road running series in a state of uncertainty ahead of the final leg of the Spar Women’s Grand Prix in Joburg in October.

According to a statement released on Thursday, the KZNA management committee and the event organisers had taken full responsibility for the “errors” that occurred during the fifth leg of the 10km road running campaign in Pietermaritzburg last week, where five elite participants were scratched from the results.

“The five athletes that were disqualified at the event are reinstated,” KZNA said.

The race organisers had been instructed to adjust the finishing order, according to the provincial body, though it did not clarify how the reinstated athletes would be slotted into the results.

With the support of the headline sponsor, all five reinstated runners would be paid prize money, along with the top 10 finishers in the official results.

Controversy had marred the Pietermaritzburg race after four athletes in the lead group – including series contenders Glenrose Xaba and Kesa Molotsane – unwittingly took a detour and ran around 600 metres short.

Lebogang Phalula was also disqualified for taking the wrong route at a late stage of the race.

Former series winner Irvette van Zyl was the only member of the front pack who followed the correct course, running the full length of the race.

Though two professional clubs appealed the disqualifications on race day, a jury of appeal upheld the chief referee’s decision.

The points table would need to be adjusted again, however, based on the amended results following KZNA’s decision.