He's back to his best form. 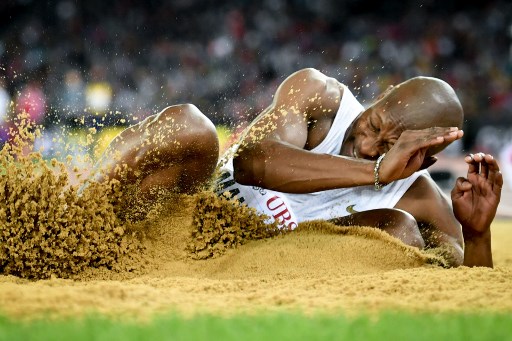 Manyonga, who won the Commonwealth Games and Diamond League titles this season, produced a meeting record of 8.46m in the men’s long jump at the last leg of the second-tier series.

He was the only athlete in the field to clear the eight-metre barrier, with countryman Zarck Visser taking fifth place with a best effort of 7.71m.

In other disciplines at the Zagreb meeting, African 200m champion Ncincihlili Titi grabbed third spot in the men’s half-lap contest in 20.48, though he was well off the pace of Panama’s Alonso Edward who secured victory in 20.17.

Titi also settled for eighth place in the men’s 100m sprint, clocking 10.52 in a race won by American speedster Mike Rodgers in 10.08.

Wenda Nel ended fifth in the women’s 400m hurdles in another sluggish time of 57.29, as the Commonwealth Games bronze medallist continued to struggle in the latter stages of the season.

Anna Yaroschcuk-Ryzhikova of the Ukraine won the race in 55.89.

The international track and field season will come to a close at the IAAF Continental Cup in Ostrava this weekend, with 20 SA athletes representing the African team at the quadrennial championship.