South Africa's netball team is once again paying the price for a slow start to the Sanzea Quad Series. 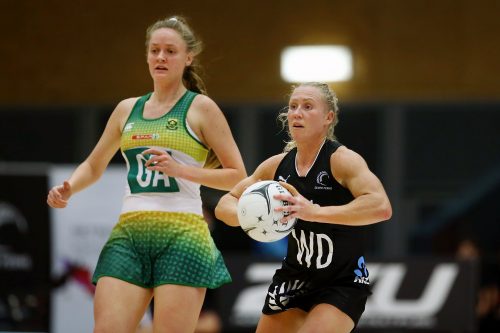 Laura Langman of the Silver Ferns in action during the Quad Series match between the New Zealand Silver Ferns and South Africa Proteas at ASB Arena on September 18, 2018 in Tauranga, New Zealand. (Photo by Anthony Au-Yeung/Getty Images)

Again struggling to produce a strong challenge in the early stages of the 2018/19 Sanzea Quad Series, the national netball team were handed a convincing 61-37 defeat by New Zealand on Tuesday morning.

Having fallen in a 61-44 loss to world champions Australia at the weekend, the Proteas were left flailing at the bottom of the four-nation campaign after their second loss in Tauranga.

Within the first 10 minutes of the match, the Silver Ferns charged into a big lead, with the scoreline stretched to 11-1 before the Proteas began to fight back.

At the end of the first quarter, the New Zealanders were 17-7 ahead, and while the Proteas were able to contain their opponents in the second period, they trailed 30-19 at the half-time break.

Though they displayed some resilience on defence, particularly in the second half, the South Africans were let down up front, with their strike force netting just 76% of their attempts at goal.

South Africa were set to face England in their final match of the Australasian leg of the Quad Series in Melbourne on Sunday.