Oosthuizen and Grace chill out in fierce St Andrews wind

But Christiaan 'Rambo' Bezuidenhout is focused and very much in his own bubble - his European Tour card might depend it. 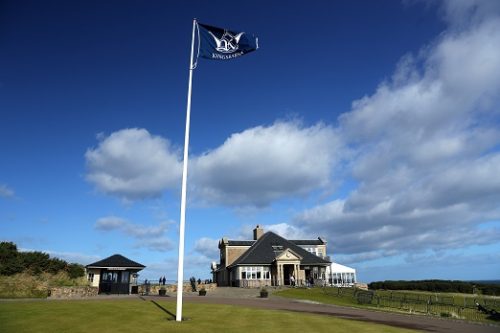 A general view of the clubhouse at Kingsbarns during previews prior to the 2018 Alfred Dunhill Links Championship at Kingsbarns on October 2, 2018 in St Andrews, Scotland. (Photo by Warren Little/Getty Images)

The wind started pumping fiercely at the Home of Golf Tuesday afternoon, so much so that Louis Oosthuizen and Branden Grace – who have both made rich history in these parts – confined themselves to the practice putting green and the range at the Old Course ahead of the Alfred Dunhill Links Championship beginning Thursday.

“You know, it might be surprising to people who don’t fully understand this game but when it’s blowing this hard, putting becomes extremely important,” said Oosthuizen who won the 2010 Open Championship here, and who spent a good part of the afternoon (Tuesday) hitting putts from varying distances – from three-footers to 40-footers – under the watchful eye of swing coach Justin Parsons from Northern Ireland.

“They say we’re probably going to have strong, gusting winds all week and then putting becomes extremely difficult. A two or three-footer can actually become quite challenging – so easy to miss if you’re not careful – and the same goes for the long ones. And you also need to work on a solid stance. You need to be stable when it’s blowing hard.

To be honest, when the wind does get up like this putting more than anything else is probably the key to a good score.”

Grace, who won the 2012 Alfred Dunhill Links Championship here when he blitzed Kingsbarns in round one with a 60 – at the time equalling the lowest round ever recorded on the European Tour – chuckled when it was put to him that did he have another 60 in mind this time?

“Hey, that would be great but in this wind that won’t be too easy,” he exclaimed.

Both players have had solid although not spectacular seasons but have a few tournaments left in order to potentially turn it into a spectacular 2018, and both are – understandably – thrilled to be back in Scotland to tackle the three great links, the Old Course, Carnoustie and Kingsbarns – used for this $5-million tournament.

“I flew in from New York and then drove up here and when you are within a few miles out of St Andrews you can see the ancient old town in the distance, and I get the goose bumps. I feel like a kid in a candy store when I come here. It’s such a special place,” said Grace as he hit little feel shots into an icy cross-wind on the practice tee.

Just along from Oosthuizen and Grace fellow South African Christiaan Bezuidenhout – otherwise known as Rambo – was also going through a routine with wedge in hand, under the watchful eye of swing coach Grant Veenstra, himself a former touring professional, and conditioning coach Garth Milne.

“Rambo” (apparently he was pretty adventurous as a young boy, hence the nickname) is 109th in the 2018 Race to Dubai and only the top 110 retain their European Tour cards for 2019 so right now he’s on the bubble.

“Christiaan has got so much talent and, yes, he has played some good golf this year but he’s capable of more. What Grant is trying to do is to get him to swing a bit more like Tommy Fleetwood, and I’m trying to make sure he’s in the best physical shape to do that,” says Milne.

“He just needs to make the cut this week and in a couple of other events and I’m sure he’ll be safe.” 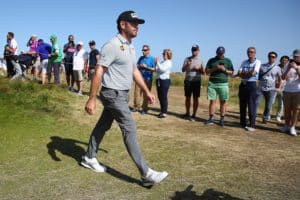 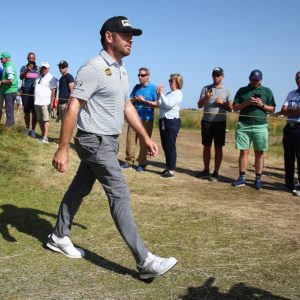