Banyana's reliable stalwart remains as sharp as ever. 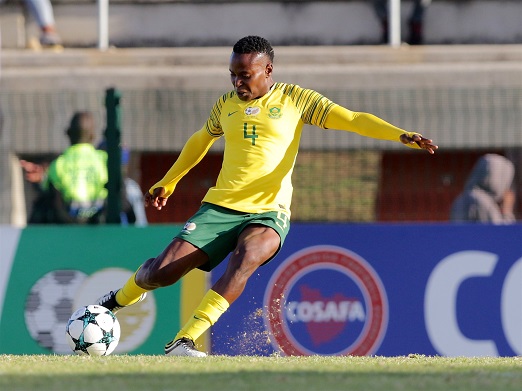 For a 33-year old, Noko Matlou still looks sharp as a razor and has still the speed that saw her score many goals when her Banyana Banyana more than a decade ago.

It’s been a long career, which she even admits was full of ups and Downs.

After all, when she began with her Banyana journey, women’s football in the country wasn’t as popular as it has grown over the past few years.

However, even in tough times, Matlou and others strived for success, whenever they donned the Banyana Jersey and the Limpopo born player, went on to put the South African flag high when she won the Caf Africa Woman Player of the Year accolade in 2008. And 11-years later, the award has been won by her Banyana teammate Thembi Kgatlana – making them the only two South African football players (male or female) to have won the biggest individual continental award.

“I don’t even know where to start when I speak about my football journey, but I think everyone would agree with me that back in the days it was very tough,” Matlou shares her story.

“Playing with boys is what most of us girls start our football journey. We start playing in the streets and we would play for almost the whole day. It was really fun, but you know parents don’t really think it’s a good idea to be playing with boys, especially playing soccer because they expect us to be playing with dolls and do girly stuff.”

“But I am lucky that at home they realised that I developed the passion for soccer having been heavily involved in athletics when I was at school. I started playing club football and eventually being selected to play for Banyana. There were lots of great players, the talent was immense during those times and when I look at some of the younger players in the squad currently, it just takes me back to when I started because I can see that the future is bright for South African women’s football.”

After scooping the African Women Player of the Year award and playing in many Caf African Women’s Champions, the 2012 and 2016 Olympics and many other tournaments, there was something missing in Matlou’s career – playing at the World Cup, with Banyana failing to qualify for the global tournament numerous times.

However, that all changed when the team finally managed to secure a spot at the finals after finishing as runners up at last year’s Africa Women’s Champions and qualifying as one of the three national teams to represent Africa in France next month.

Matlou departed to France with the rest of the Banyana squad on Thursday and was ecstatic to coming closer to seeing her dreams finally materialising.

But with the squad full of young and exciting players, Matlou knows she’s not a guaranteed a place in the line-up and might even come back home from the tournament having not played a single game.

Knowing her abilities, however, the defender is confident that she will get a chance to play.

“Looking at my career, it has always been my dream to play at the World Cup. We have come close so many times, but it never happened. That was killing me inside because every player wants to play at the biggest sporting event, and that is the World Cup,” she adds.

“When we qualified I was over the moon, but I knew it was coming because we have a very good squad and we have improved a lot over the years. It was about time and we finally did it and we have to be thankful of the support from everyone in the country, especially our sponsors Sasol, Safa and of course, the fans.”

“No one is guaranteed a place in the starting line-u. It is the same thing with being selected to be in the squad, you have to work hard to be included in the team.”

During the team’s last game in the country when they played Jamaica, Matlou made her 150th cap for the team. Her experience plays a vital role in the squad, alongside captain Janine van Wyk.

And having been in the team for so many years, one might think Matlou has started to think about her hanging boots, especially looking at the fact she managed to be part of the Banyana team that reached their maiden Fifa World Cup and she will forever be in the football history of the country.

She says she still feels strong and has a couple of more years to play, especially now with the professional women’s League set to be launched when the team comes back from the tournament.

“What?” Matlou exclaimed after I asked her if she will retire after the competition.

“There is a professional women’s football League coming up in the country. I want to be part of that and I see myself playing for the next two to three years. I’m still strong and have speed, so I’m not thinking about retiring yet,” she concluded.

Matlou and company landed in Paris yesterday with their World Cup campaign starting with a Group F clash against Spain on June 8, followed by a meeting with China five days later and they will wrap up the group phase by locking horns with Germany on June 17.

But before all of that, Banyana will play their last friendly match against Norway on June 2 at Amiens.