The Namibian star produces one of the greatest performances on SA soil ever. 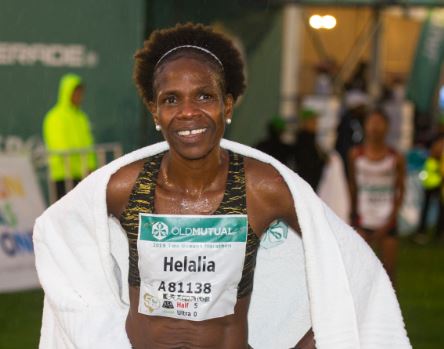 Namibian athlete Helalia Johannes delivered one of the best road running performances ever produced on South African soil on Sunday, rocketing across the beach front to win the third leg of the Spar Women’s Grand Prix 10km series.

After dropping the rest of the field before the 4km mark, Johannes opened a massive gap and charged over the line in 30:59.

The 38-year-old athlete ripped 39 seconds off the 19-year-old race record held by Colleen de Reuck, and she clocked the fastest time ever run on South African soil, taking 15 seconds off the SA all-comers’ record set by Ugandan athlete Stella Chesang at the FNB CitySurfRun last year.

“I prepared well and my coach told me if I ran according to the training we had been doing, I could do my best again, so I’m very happy,” said Johannes, who broke her Namibian national record for the third time this year.

While Johannes extended her lead in the six-leg Grand Prix series, her opponents managed to stay in touch with her at the top of the standings, with Ethiopian junior Teshome Tadu Nare and Irvette van Zyl picking up crucial bonus points despite finishing well off the pace.

Nare held on to finish second in 32:36 and Van Zyl was the first South African home, grabbing third spot in 32:57.