The 34-year-old made history by becoming the first South African to dip under the 60-minute barrier over the 21km distance. 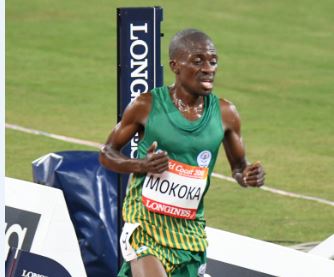 National champion Stephen Mokoka hopes his record-breaking effort over half the distance at the weekend will evolve into a solid performance in the marathon race at the IAAF World Championships in Doha next month.

Mokoka clocked 59:51 to finish fourth at the Buenos Aires Half-Marathon on Sunday, clipping 16 seconds off the 22-year-old national record held by Hendrick Ramaala.

After catching his breath, the 34-year-old athlete was back on the road on Monday again, as he continued his build-up to the global showpiece, which was just five weeks away.

A four-time winner of the Shanghai Marathon, Mokoka was set to compete in the 42km contest on the road for the first time at the World Championships, after turning out in the 10 000m event on the track at the last four successive editions of the biennial spectacle.

“My coach (Michael Seme) always says we have to do a warm-up race five or six weeks before a marathon, if the programme is going well,” Mokoka said on Monday.

“You want to run well without working hard, in order to show that your marathon preparation is going well, and I can say I’m not feeling tired after the race, so it shows we’re on the right track.”

Aside from Mokoka, who made history by becoming the first South African to dip under the 60-minute barrier over the 21km distance, Seme’s training group was also well represented in the women’s race in the Argentine capital.

In only her second attempt at the half-marathon distance, Glenrose Xaba finished fifth in 1:09:44, becoming only the third SA woman (after Elana Meyer and Colleen de Reuck) to dip under 70 minutes.

“It’s good to improve, and if we can dig deep, I hope a lot more will come from our group,” Mokoka said.

“Glenrose’s performance was special, and I believe our coach is very happy with our personal bests over the weekend.”