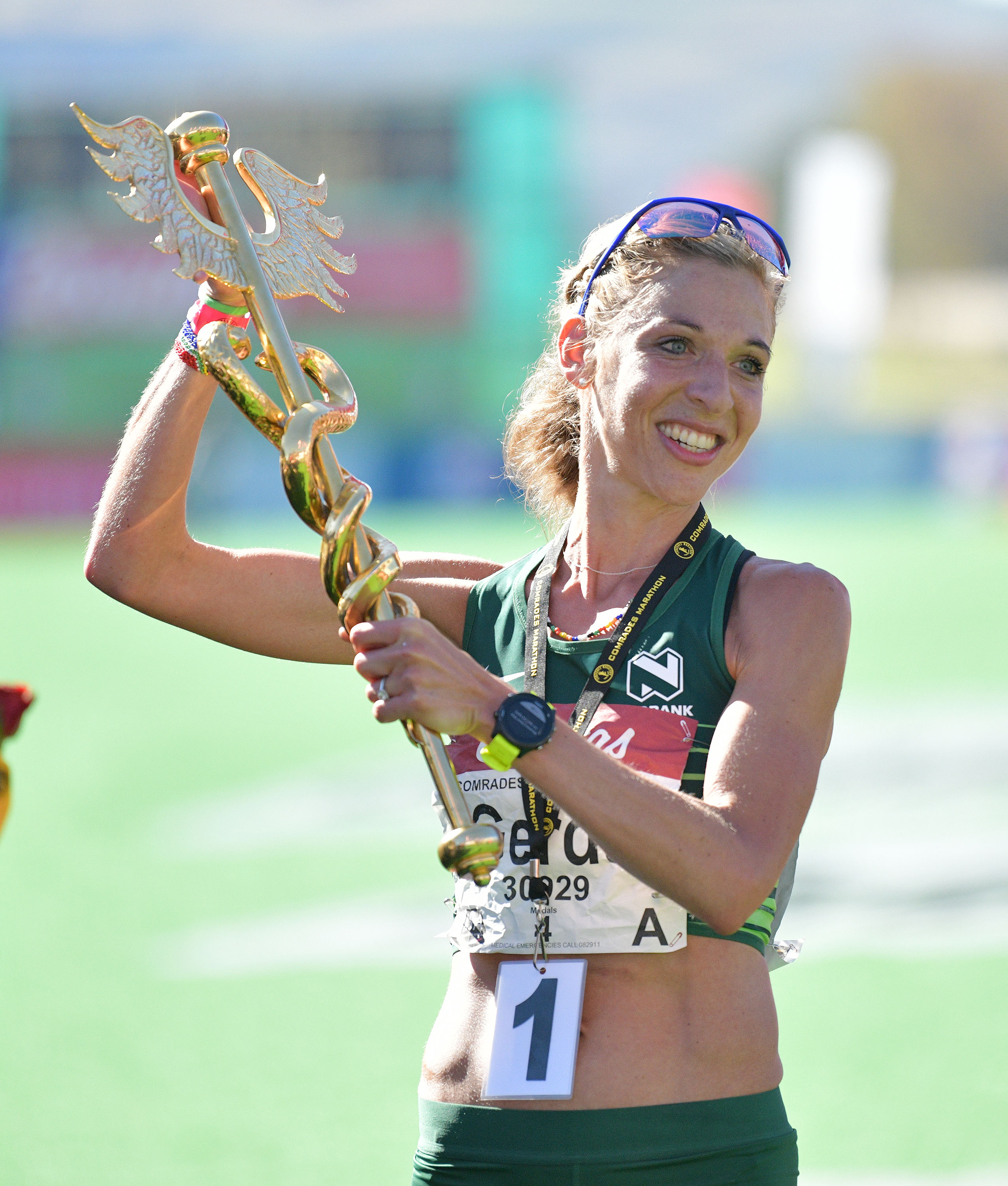 With the 2020 Comrades Marathon having been called off, women’s favourite Gerda Steyn says she is relieved to be able to “race” again this weekend, albeit in a virtual setting.
Steyn, based in Dubai during the coronavirus pandemic, broke the
Comrades women’s ‘up’ run record last year, clocking 5:58:53 to win the annual ultra-marathon in KwaZulu-Natal.
While she had since been tipped to break the long-standing ‘down’ run record of 5:54:43 held by Frith van der Merwe, next week’s 89km race was cancelled due to the coronavirus pandemic.
Organisers were nonetheless offering a virtual race to the event’s 27 500 entrants, to be held on Sunday.
“After the cancellation of just about all running events, it is so great that we can participate in this virtual race,” Steyn said.
Steyn, who had also qualified for the marathon race at this year’s Tokyo Olympics before it was postponed, confirmed she would participate over 21km this weekend, though she was not planning to run hard.
“Running in Dubai’s challenging conditions will not be easy but I will run with a small group of friends,” she said.
Last year’s winner of the men’s race, Edward Mothibi, also revealed he would take part in the ‘Race the Comrades Legends’ virtual event, though he too would focus on the social aspect.
“I have not been training properly with the lockdown regulations, so I will enjoy a casual run at a leisurely pace,” Mothibi said.
The ‘Race the Comrades Legends’ event was set to include 5km, 10km, 21km, 45km and 90km distance options, with entrants participating on a virtual platform on their own routes (or on treadmills) from locations around the world.
All finishers would receive a virtual ‘medal’ and a certificate.