All other members of the squad returned second negative COVID-19 tests, after undergoing four tests within the last 11 days. 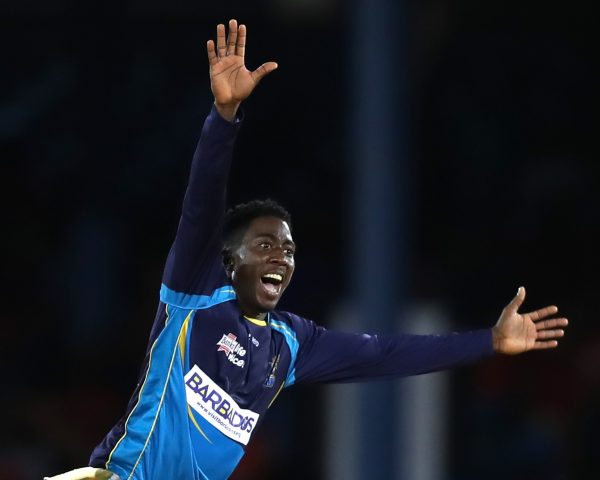 Hayden Walsh Junior in action for the Barbados Tridents in a domestic match. Picture: Getty Images

West Indies’ tour of Bangladesh suffered a fresh setback on Thursday when leg-spinner Hayden Walsh Junior tested positive for Covid-19 and was ruled out of the upcoming one-day series, officials announced.

Cricket West Indies said the frontline 25-year-old slow bowler will undergo a period of self-isolation but is asymptomatic.

“(He) first returned a negative test result on arrival into Bangladesh on the weekend, and then had a positive return on his test in Dhaka yesterday (Wednesday),” said a CWI statement.

“This result was verified by a second positive test today.”

All other members of the squad returned second negative COVID-19 tests, after undergoing four tests within the last 11 days.

All pulled out of the tour due to Covid-19 concerns

Bangladesh has recorded more than 500,000 pandemic cases but its fatality rate has been one of the world’s lowest.

Walsh, who started his international career with the United States, has played 10 ODIs for West Indies.