Harold Verster, the managing director of the Cheetahs, says top-level rugby has been sorely missed in Bloemfontein. 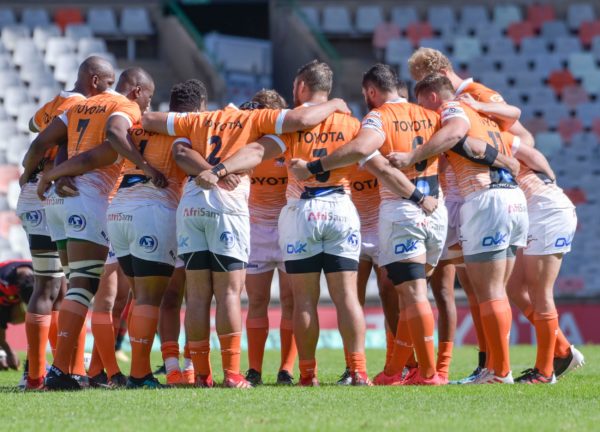 The Cheetahs team in a huddle ahead of the last match they played against the EP Elephants in March. Picture: Gallo Images

There will be top-flight domestic rugby in South Africa this weekend as the Free State Cheetahs, looking to quickly get up to speed for the Currie Cup, will be taking on a Toyota Invitational XV in Bloemfontein on Saturday.

The match, starting at 4pm, will be the first the Cheetahs have played since March 28 when they hammered the Eastern Province Elephants 71-12 in the Preparation Series, having been excluded from the Rainbow Cup which is on a bye week in South Africa.

With the Currie Cup set to get underway on June 19, the Free Staters need some competitive action as they look to regain the trophy they won in 2019.

The Invitational XV will be made up of players who are on the fringes of their Rainbow Cup franchises and will be coached by Ricardo Loubscher and Daan Human, who are both part of the Springbok management.

“We’re excited because we haven’t played for two months and we’re really looking forward to getting rid of the rust,” Cheetahs coach Hawies Fourie said on Monday.

“This is a very important match because we don’t play in the Rainbow Cup so we have to look after ourselves and make sure we get some quality opposition before the Currie Cup.

“You can train as much as you want, but on the field is where you see what’s working and what’s not.”

Harold Verster, the managing director of the Cheetahs, said top-level rugby had been sorely missed in Bloemfontein.

“We’ve been in the cold for a while, but now we can look forward to the Currie Cup, which will be played home and away, starting in June,” Verster said.

“We are still positive and looking forward and there are still one or two more games we are looking at.”