Davids was pleased that Georgia had extended the Springbok pack, especially in the set-pieces. 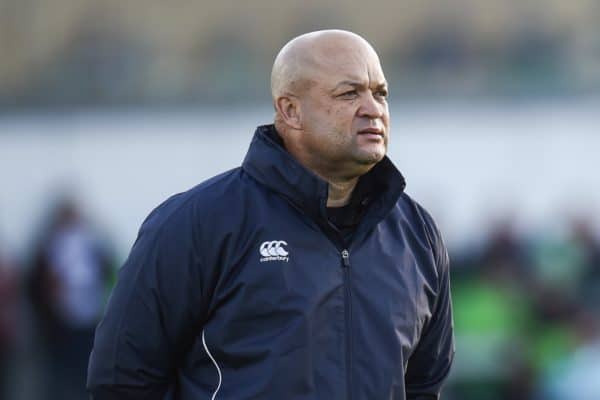 Increased intensity is what the Springboks will be working on ahead of the second Test against Georgia at Ellis Park on Friday, because the British and Irish Lions are the team who are the benchmark for that at the moment, forwards coach Deon Davids said on Sunday.

The Springboks returned to action with an efficient enough 40-9 victory over Georgia in Pretoria in the first Test at the weekend, with a slow start probably being a question of rust and having to get back into the swing of international rugby.

ALSO READ: Bok wing Fassi on debut try: ‘I had to just back myself’

“We could see the higher tempo and intensity of international rugby when the British and Irish Lions started their tour on such a high note against our Lions. They played some very good rugby and we saw they have some quality players,” Davids said.

“But we must understand that the Springboks have just come back, they haven’t played for a long time and we could see that at the beginning of our game.

“We had to get used to the level of intensity and physicality. We spoke about it at half-time and the players responded tremendously.

“We saw the longer the game went on, the more into our stride we got and the more physical we were. There are obviously things we will look to apply in the second game and the players themselves have said there are definitely things they can do better.”

The forwards coach said he was pleased that Georgia had extended the Springbok pack, especially in the set-pieces.

“They certainly challenged our set-pieces, but our lineout had a 94% success rate and we scored two maul tries, while in the scrums there was only one penalty against us and four or five for us,” Davids said.

“It’s a process of building towards the Lions series and overall we are pleased.”

“It’s going to take a while still but there are no excuses not to get to that required level,” Mostert said.

“Hats off to the forwards. We really did our job – the mauling was good – but there is still stuff to work on for us to get to that level we need.

“The Lions are a world-class side and we’ll definitely have to step up, but we are happy with our first game and there is still one to go against Georgia.”