Ivan van Zyl cleared to play for Bulls against Lions

"I’m very thankful for the opportunity. It’s a once-in-a-lifetime thing." 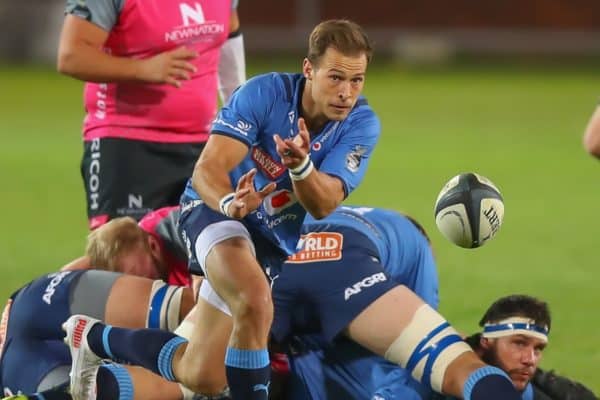 Ivan van Zyl will turn out in one more match for the Bulls before he leaves for the UK. Picture: Gallo Images

In an exceptional act of co-operation between his current and former clubs, scrumhalf Ivan van Zyl will not be going to England this week to start his new career with Saracens but will instead enjoy the privilege of playing against the British and Irish Lions on Saturday as he makes one last appearance for the Bulls.

The 26-year-old Springbok’s contract with the Bulls ended on June 30 but Saracens and his former employees came to an agreement that Van Zyl can play on Saturday in what many rugby players consider to be one of the highlights of their careers.

ALSO READ: Sharks pack their bench as they brace for Lions challenge

“I’m very fortunate to get the opportunity to still play this game because my contract ended last week but an arrangement was made, which is very nice of the Bulls and Saracens,” Van Zyl said on Monday.

“I’m very thankful for the opportunity. It’s a once-in-a-lifetime thing, and then I will be leaving.

“But playing against the Lions, you just want to play well. Playing at that level is where you want to be.

“You want to measure yourself against the best in the world and if you perform you hope all the right people see that. It’s also about the confidence you get if you do play well, but we are all going to have to be at the top of our game against the Lions.”

Chasing the game is never a good thing in rugby, and Van Zyl warned that if the Bulls did not match the Lions physically then that’s exactly what they would be doing.

“The big difference between the international and the provincial game is the physical part. That will be the big thing against the Lions,” he said.

“They also want to play quicker, move the ball around more in preparation for the Springboks so they can move the pack around. It’s why they’ve chosen guys like Hamish Watson and Sam Simmonds with their pace. So we must match their intensity as well.

“But we must match them physically first in order to go forward. We must be physical and direct.
“We need the complete game. We can’t just run everything but we also can’t just kick everything away either. It’s about finding the balance.”