The Tokyo Games, postponed last year due to the Covid pandemic, will start on 23 July. 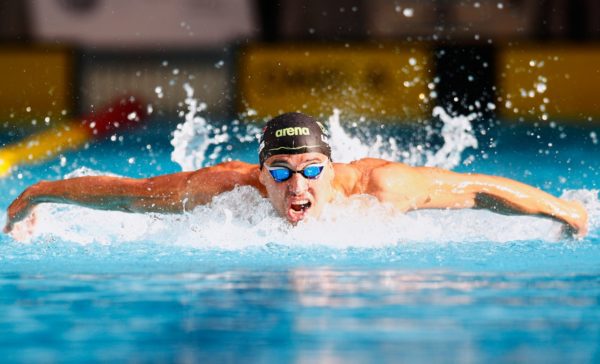 South Africa will send a 180-member team to the Tokyo Olympic Games, the SA Sports Confederation and Olympic Committee (Sascoc) has confirmed.

While the majority of the national squad had already been unveiled, the final additions to the team were announced on Tuesday.

Van Niekerk will aim to shake off long-term injury battles and retain his 400m title, after setting a world record of 43.03 to win gold in Rio, while Le Clos will be eager to add to his career haul of four medals at the multi-sport spectacle.

Brittain, who earned silver alongside Shaun Keeling in the coxless pair in Rio, will also return to the Games, this time in the SA men’s four boat which will look to emulate the national team’s victory at the 2012 London Olympics.

The rugby sevens squad, captained by Siviwe Soyizwapi, will aim to return to the podium after securing bronze in 2016.

Among the athletes missing from the SA team is two-time Olympic 800m gold medallist Caster Semenya, who failed to qualify in the 5 000m event after being suspended from competing over the two-lap distance without taking hormone suppressants.

Long jump ace Luvo Manyonga, who bagged silver in Rio, was also absent after being handed a lengthy doping ban.

Jordy Smith, a medal contender in the surfing competition, and road cyclist Daryl Impey, a former stage winner at the Tour de France, both withdrew from the team due to injury.

Golfer Louis Oosthuizen, who recently took the runner-up spot at the US Open, made himself unavailable for the Games, as did rising tennis star Lloyd Harris, in order to focus on the professional global circuits in their respective sports.

“I am full of confidence that each and every member selected to Team SA will do the country proud,” said Sascoc acting chief executive Ravi Govender.

“They go to Tokyo both as athletes and as ambassadors.”

The Tokyo Games, postponed last year due to the Covid pandemic, will start on 23 July.