The legendary Wales lock was hurt in a warm-up against Japan in Edinburgh on June 26 and has made a remarkably quick recovery after initially been ruled out of the tour. 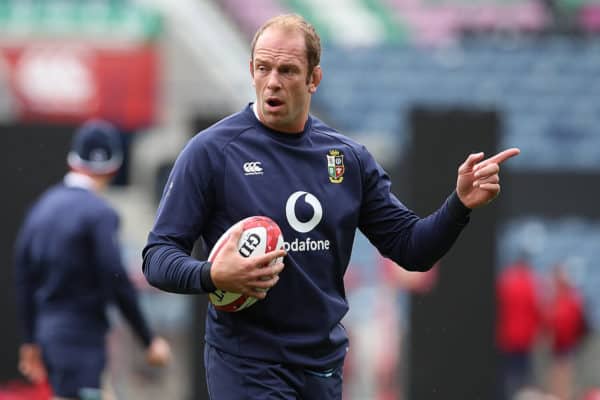 Original captain Alun Wyn Jones has been passed fit after a shoulder injury and will join the British and Irish Lions in South Africa, the tourists’ management said on Wednesday.

The legendary Wales lock was hurt in a warm-up against Japan in Edinburgh on June 26 and has made a remarkably quick recovery after initially been ruled out of the eight-match visit.

Jones was put through two fitness tests in Wales on Tuesday before getting the green light to join 37 teammates in South Africa, who host the Lions every 12 years.

The 35-year-old second row forward has made a world-record 157 international appearances — 148 for Wales from his debut in 2006 and nine for the Lions.

Head coach Warren Gatland will consider Jones when selecting his matchday 23 for the final pre-Test series match against the Stormers franchise in Cape Town on Saturday.

When Jones withdrew, Ireland scrum-half Conor Murray took over as skipper and is due to make his first start on tour against a Springbok-stacked South Africa A side on Wednesday night.

“A few weeks ago we did not think that it was an option,” said Gatland ahead of the announcement. “He has been back fully training with Wales.

“He has made a remarkable recovery. The assessment was that the injury was not as bad as they first thought.”

Lions assistant coach and former Wales fly-half Neil Jenkins said it was great that the forward would be able to make a fourth Lions tour having previously visited South Africa, Australia and New Zealand.

“It is a real positive and a boost to the squad for someone of his experience and calibre to come back,” he said.

“Nothing is beyond Alun, there is no doubting that. He is an incredible person and player, on and off the pitch. He is incredibly diligent and works extremely hard.

“When he does get injured, I know how hard he works to get himself back into action as quickly as possible. That is part of his DNA.

“Nothing surprises me with Alun and joining us will certainly be a great boost not only for him but everybody involved with the squad.”

After playing South Africa A, whose run-on side includes nine of the Springbok matchday squad that won the 2019 Rugby World Cup in Japan, and the Stormers, the countdown to the Tests begins.

The first is in Cape Town on July 24 and the following two are scheduled for Johannesburg on July 31 and August 7. All will be staged behind closed doors because of the coronavirus pandemic.

However, Gatland predicted in a recent online news conference that all three matches could be played in Cape Town because of a coronavirus third-wave surge in the Gauteng province, which includes Johannesburg.

There have been 13 Test series between the Springboks and the Lions since the first in 1891 with the hosts winning eight, the tourists four and one drawn.

South Africa won the most recent series, in 2009, with fly-half Morne Steyn kicking a penalty from the halfway line to give the hosts victory in Pretoria, and a series-clinching two-victory lead.