Schoenmaker ready to make a splash at Tokyo Games

Arriving at the Tokyo Olympic village this week, Schoenmaker sounded both calm and confident ahead of the showpiece. 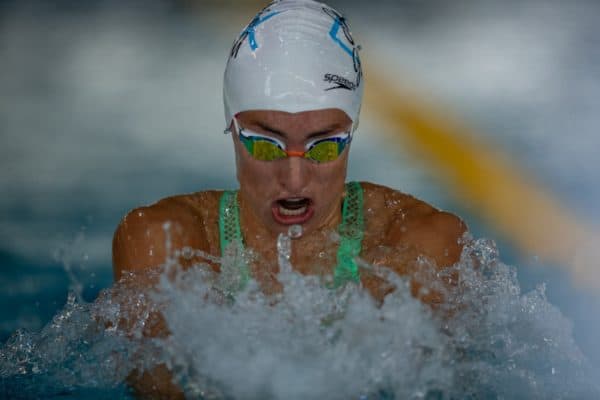 Despite chasing a historic performance, swimming star Tatjana Schoenmaker is having no trouble shaking off the immense pressure she faces at the Tokyo Olympic Games.

While four-time medallist Chad le Clos will also turn out among the contenders in the pool, he will be relying on his experience in an attempt to return to the podium.

Schoenmaker, however, has form on her side and will turn out as one of the favourites in her best event.

After breaking her own African record in the 200m breaststroke at the SA trials in Gqeberha in April, stopping the clock at 2:20.17, the 24-year-old swimmer enters the Games ranked first in the world over four lengths.

She is also ranked sixth in the 100m breaststroke after setting an African record of 1:05.74 to win the national title.

ALSO READ: Tokyo Olympics: All you need to know

Having arrived in the athletes’ bubble this week at the Tokyo Olympic village, Schoenmaker sounded both calm and confident ahead of the showpiece.

“Everything has gone as planned. We had the same preparation we used for the trials,” she said.

“It’s exciting to be here, and I’m glad we arrived a few days early so we can get used to the temperature and conditions.”

No South African woman has earned an Olympic medal in the pool since Penny Heyns bagged bronze in the 100m breaststroke at the Sydney Games in 2000.

Schoenmaker, however, has been well composed in handling the expectations placed on her to break a 21-year drought on her Olympic debut.

Just by qualifying for the Games she feels she has achieved a major goal. Anything else from here on out, though well deserved, will be considered a bonus.

“I’m already at the Olympics and there’s not a lot of people who can say that,” she said.

“If I can get into a final I’ll be happy, and I always believe if I have a lane, I have a chance.

“Whatever happens in the pool, I will go home with a smile knowing I did my best.”

The nine-day swimming competition gets under way at the Olympic Aquatics Centre in Tokyo on Saturday.