Sports minister ‘fit for purpose’ – Schoeman sticks up his hand 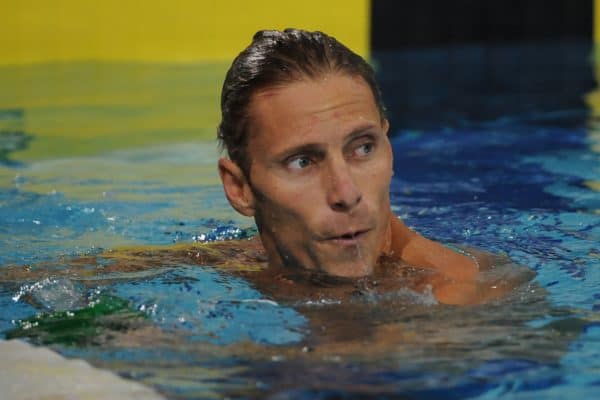 While the SA team was struggling to climb the medals table at the Tokyo Olympics yesterday, former gold medallist Roland Schoeman officially reached out to government, calling on President Cyril Ramaphosa to consider appointing him as Minister of Sport.

After sharing his interest of potentially turning to politics on social media at the weekend, following speculation that Ramaphosa was set to reshuffle his cabinet, Schoeman formally made himself available in a letter to the head of state.

Based in the United States during his elite swimming career, Schoeman said he remained “proudly South African” and he believed he could make a valuable contribution.

Though recent sports ministers – including incumbent Nathi Mthethwa – had actively assisted in dealing with controversies at the SA Sports Confederation and Olympic Committee (Sascoc) as well its member federations, the department’s leaders had been criticised for their lack of experience in sport, either on the field of play or in administration.

“One gets the feeling that South Africans are tired of being served by ministers that seem to only serve themselves, at the expense of ordinary citizens,” 41-year-old Schoeman wrote in his letter to Ramaphosa.

“In my humble opinion, we need ministers and a cabinet that are fit for purpose and know what they are doing. Some real world experience would be helpful as well.”

While there were still five days of competition remaining at the Tokyo Olympics, only three medals had been bagged by the SA team in the last 11 days of competition, and the national squad was in danger of delivering one of its worst results at the quadrennial showpiece since readmission.

Schoeman, a four-time Olympian who earned three medals at the 2004 Athens Games, believed the sports ministry needed to focus more on high performance and top-flight results.

“For far too long, politics and ideology have polluted sports to the point that many federations are in dire straits. Cricket South Africa and Athletics South Africa come to mind,” wrote Schoeman, who has a BA in psychology from the University of Arizona.

“We need a Minister of Sport who is more interested in getting our young men and women to the point of success on major international platforms than the politics of federations and sport clubs.”