Memorable season: SA athletes have burned up the road

Showcasing the country's depth, seven men ran under 2:14:00 this year in the marathon. 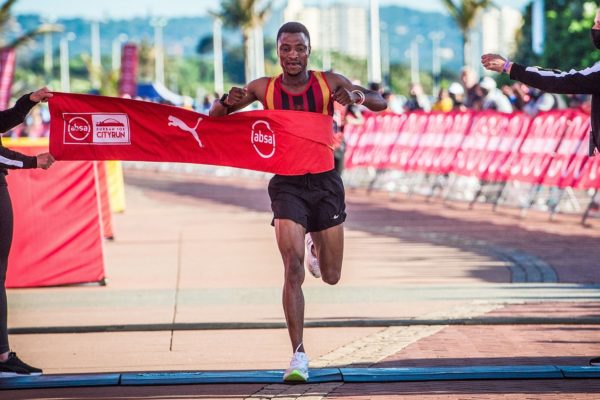 After a 2020 season which was completely derailed by the pandemic, the 2021 road running campaign has made up for it, with the country’s top athletes delivering explosive performances reminiscent of the sport’s golden age before the turn of the century.

Precious Mashele has proved himself throughout this season, emerging from the shadow of compatriot Stephen Mokoka, and he was again impressive in Durban.

And Tayla Kavanagh was equally brilliant in the women’s race, shattering her career best to win in 32:10, as six South African women dipped under 34:00.

Just two weeks earlier, Mokoka proved he is still the man to beat when he’s at his best, taking his second win at the Cape Town Marathon and reclaiming the national 42km title.

Gerda Steyn’s fourth-place finish in 2:26:25 in Cape Town, against an international field, also closed out a superb campaign for the Dubai-based athlete, who broke the SA marathon record when she clocked 2:25:28 in Siena in May and finished 15th at the Tokyo Olympics.

Showcasing the country’s depth, seven men ran under 2:14:00 this year over the classic 42km distance, including Eastern Cape star Meilikhaya Frans, whose 2:11:28 in Cape Town saw him qualify for next year’s World Championships in Eugene.

Among the nation’s elite women marathon runners, there isn’t nearly as much depth as there is among the men, but 50km world record holder Irvette van Zyl enjoyed a career breakthrough when she clocked 2:28:40 in Siena, becoming the sixth SA woman to run under the 2:30:00 barrier.

Over the popular half-marathon distance, Mashele clocked 1:00:00 in Poznan last month, climbing to second place behind Mokoka in the all-time SA rankings.

Mashele also outsprinted Mokoka to win the national half-marathon title in Gqeberha in May, leading seven men under 1:02:00.

Glenrose Xaba was just as impressive over the 21km distance this season, winning the SA title in 1:09:30.
Running under 1:10:00 for the third year in a row, Xaba has established herself as a real prospect in the marathon when she makes the step up.

And with track athlete Dom Scott-Efurd clocking 1:10:42 in her half-marathon debut in Newcastle in September, it is clear that South African road running is on the rise.

If 2021 has been any indication, the 2022 season should be spectacular.