Hashim Amla will always be the voice of reason, says Stephen Cook

The Proteas hope a 'wonderful human being' can celebrate his 100th Test with a 3-0 whitewash of Sri Lanka at the Wanderers. 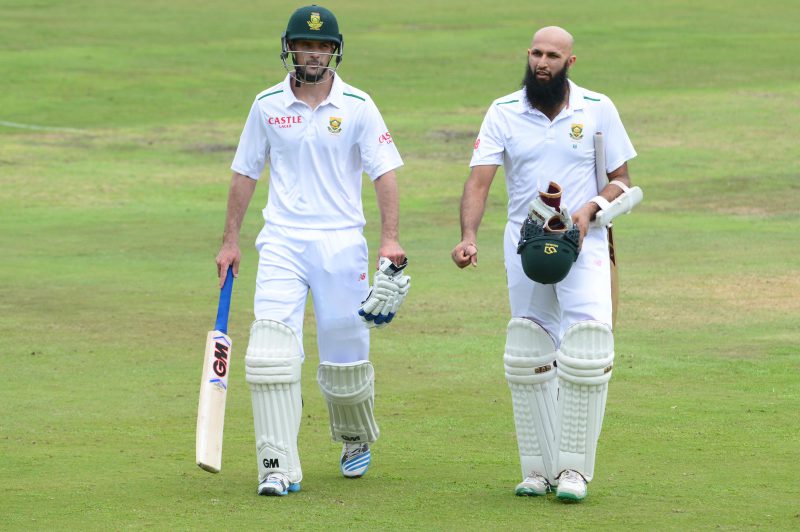 The Proteas make no secret of the fact that they want to whitewash Sri Lanka in their current Test series.

But should they become too overeager to do that in the third Test at the Wanderers starting on Thursday, Hashim Amla will – as always – be the voice of reason.

“He has a wonderful sense of calm,” said Proteas opener Stephen Cook, who was a teammate of Amla’s at national Under-19 level, on Tuesday.

“When a situation becomes tricky or some of the players become a bit hotheaded, Hashim will be the guy who’ll bring balance back. The great thing about him is that his way of doing things gives his teammates confidence.”

Amla actually goes into this momentous occasion under pressure, having not scored a Test half-century in his last 10 innings.

However, Cook believes the veteran, who’s scored 7665 runs at a superb average of 49.45, doesn’t necessarily have to make mountains of runs to make a contribution.

“He didn’t score many runs but the impact he had on the guys next to him was immense.

“He shared his knowledge of the Aussie pitches and gave advice on how to deal with their players. Hashim contributes so much, he starts with 30 runs before he even comes in to bat!”

More importantly, Amla’s time to shine at the Bullring needs to be a celebration of his humanity.

“He’s a fantastic person. You can look up the starts and read all the records but that only tells half of the tale,” said Cook.

“The person behind the batsman is more important to me. I was taught you’re a human being first and then a cricketer. Hashim epitomises that.”

The Proteas though won’t allow the sentiment behind Amla’s milestone to distract them from their main objective – another victory.

Also read: Wayne Parnell knows he needs to shape up or he’ll stay out

“We spoke about that in our team meeting. We have to realise the importance of being 2-0 up in the series and completing the job,” said Cook.

“We wanted to do that in Australia and failed. A whitewash is first and foremost on our minds.”