Faf du Plessis’ catching secret: ‘You do it balls-to-wall, man’

The Proteas' Test skipper once again thrilled cricket fans with a fantastic grab in the 2nd ODI against Sri Lanka in Durban. 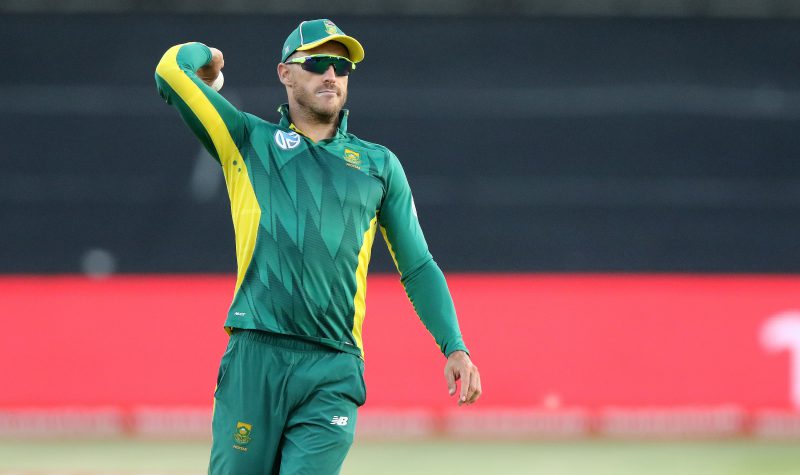 Faf du Plessis says his body is going to "feel" the work he did on Wednesday evening. Photo: Anesh Debiky/Gallo Images.

Barely three weeks after his magnificent grab in the third Test at the Wanderers to dismiss Angelo Mathews, the Islanders’ injured skipper, he did so again in Wednesday night’s second ODI in Durban.

This time, he was standing at extra cover on the edge of the inner ring.

But Du Plesss, timing his jump perfectly again, plucked the ball out of thin air.

Just exactly how does he do it?

“Someone once told me that if you fear getting hit on the finger or if you fear what happens when you fall, that’s when you are going to get hurt because you go into it 50-50,” said Du Plessis afterwards.

“But if you go into a catch – if you don’t mind me saying, balls-to-the-wall, then you are going to be okay.”

The Proteas’ Test captain admitted he was chuffed with himself but believes his effort at the Wanderers was a bit better.

“The Test one will be hard to beat. The ball was traveling very quickly and it was a lot higher than this one,” said Du Plessis.

“My legs were just too tired, I couldn’t jump up off the ground so I had to save it with my hand. It will take a lot to beat that catch I took at Wanderers.”

Naturally, these type of fielding efforts will take more of a toll on Du Plessis’ 32-year-old body.

In fact, he admits he’ll probably have to sit out Friday’s training session before the weekend’s third and “pink” ODI at the Wanderers.

“I feel when you get older your body gets more sore after a game after you’ve done it so the next two days will be a write off for me. Then we’ll come back for the next game and I will do it again.”

Thankfully, if him and AB de Villiers can’t quite exert themselves to that extent there are others to help out.

“We are very lucky. If you look at the guys in the ring – they are all brilliant fielders. There’s not any fielder there that’s a bowler. It’s all quality fielders, who field at point or cover for the different franchises,” said Du Plessis.

“We’ve got the right personnel and with that you can obviously make sure you train hard and then you can change games with them.”

An update on David Miller’s injured right fifth pinkie is expected on Thursday.