Saturday's annual fixture is usually known for the mountains of runs that are scored but the ghost of the 2nd T20 against Sri Lanka hovers. 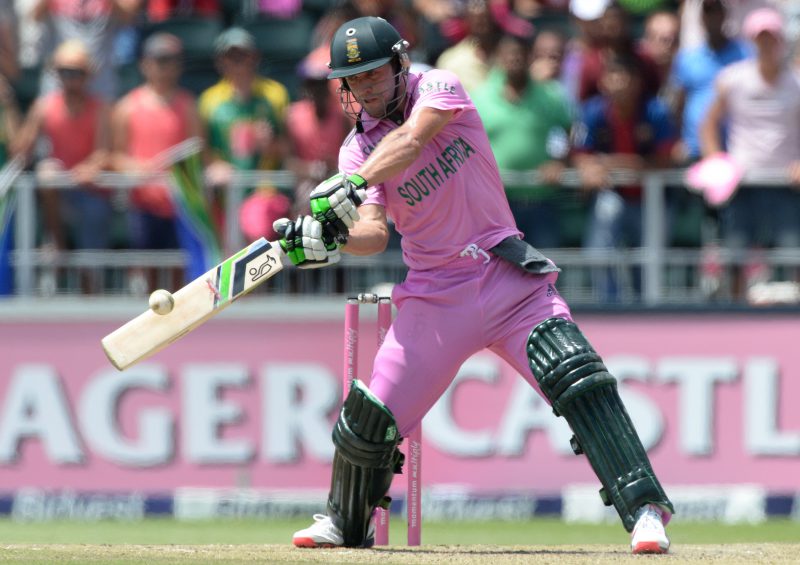 The Proteas are hoping a sluggish pitch won’t spoil Saturday’s traditional “pink” One-day International at the Wanderers against Sri Lanka.

This annual fixture is known for being a run-fest, usually in front of a sell-out crowd.

Even last year’s last gasp 266/9 against England was compelling in its own way.

But the ghost of the 2nd T20 here a few weeks back still haunts the hosts.

“I fully support Faf in that regard,” AB de Villiers, the Proteas ODI skipper, said on Friday.

“Everywhere around the world, home teams try to cash in on home-ground advantage. We don’t want to make conditions ridiculously difficult for opponents but we want pitches to suit our strengths. Touring is supposed to be challenging.”

In fact, South Africa can argue with some justification that the strips in the current ODI series haven’t quite been ideal.

St George’s Park’s pitch looked worn, while the Proteas’ 307 at Kingsmead was deceptive on a slow track.

“The groundsmen probably haven’t gotten it right the past few weeks,” he said.

“I really don’t want to single out any ground. We’re past that now. We also can’t really complain because we’ve won a couple of games now. This wicket looks really good.”

However, fast, competitive wickets don’t only need to be prepared merely to suit the Proteas.

There’s also an ICC Champions Trophy in England in mid-year to consider.

South Africa’s seamer-friendly wickets are similar to those in the UK.

“We do chat to the groundsmen. That’s the idea, we want wickets that mirror England,” said De Villiers.

“Obviously first and foremost, we want to win the series. But preparing for England can’t hurt. Unfortunately, grounds don’t always get it right.

“It happens all around the word.”