Kagiso Rabada: Trust me, I know my body

Proteas quick calms fears over his workload and gives his assurance that he'll listen to advice if it's not advisable for him to play. 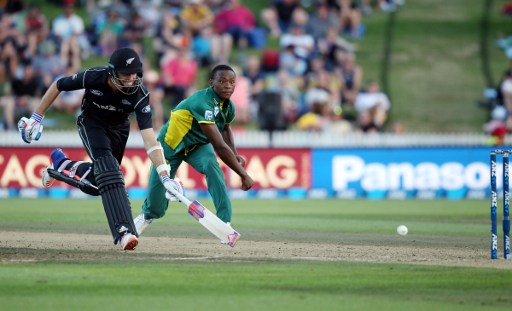 Kagiso Rabada wants people to trust him when it comes to questions over his fitness. Photo: Michael Bradley/AFP.

Kagiso Rabada has a strong message for people worried about his workload: let me be the judge.

The Proteas quick’s fitness has been a discussion point for the best part of the week now.

21-year-old Rabada missed the second One-day International against New Zealand due to a knee problem and the confirmation of an Indian Premier League (IPL) contract has raised further fears that he’s playing too much cricket.

Yet he’s about the only one who doesn’t seem worried.

Also read: To play KG or not play KG? That is the Proteas question

“I feel fine. I believe I’m the main person when it comes to judging how my body feels,” Rabada said on Tuesday before Wednesday’s important fourth ODI against the Black Caps in Hamilton.

“To be honest, sometimes you do play with niggles. Sometimes you feel fresh and the niggle comes and disappears again. Other times, the niggles stay around a little longer.”

Ironically, having bowled over 700 international overs in 2016 has actually made Rabada a good judge of his own fitness.

“The longer I’ve played, the more I’ve learned how to manage myself,” he said.

“I value the advice of the medical staff and then act on it accordingly.”

However, Rabada is well aware that he can’t make decisions based on self-interest.

In a tight 2017 schedule, there’s naturally a bigger picture to consider.

“It’s important to understand that sometimes you can’t play when you actually feel you’re up to it,” said Rabada.

“You have to put your ego aside and do what’s best for you and the team. I feel I’ve managed that balance. I listen to team management, then assess on my own and then take the final course of action.”

Despite his age, Rabada has suddenly become one of the more senior men in a side that’s blooding quite a number or rookies.

“It’s an exciting time. There’s definitely a feeling that we’re approaching a new era. Of course there are still some experienced guys like Morne Morkel and Dale Steyn that we can use but the younger guys are gelling nicely,” he said.

That doesn’t mean he considers himself a leader of the bowling attack.

“I don’t see myself as that, even though many people say so,” said Rabada.

“I’m just a player with certain responsibilities on the day. For me, it’s just about perfecting my skills and delivering.”