Ottis Gibson on AB: I’d jump at the chance of making him a coach

The Proteas head coach is back in SA for duty and touches on various issues regarding last week's shock announcement by his batting talisman. 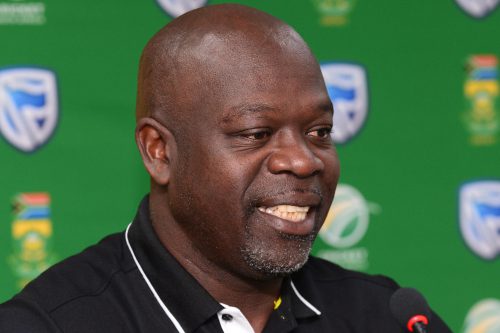 Ottis Gibson during the Proteas Head Coach Media Opportunity at CSA Headquarters on May 28, 2018 in Johannesburg, South Africa. (Photo by Lee Warren/Gallo Images)

In a wide-ranging media conference on Monday, the former West Indian fast bowler touched on various aspects of the loss South African cricket will experience.

How surprised were you about AB’s announcement?

I’m just as shocked as the rest of you. He called me the morning before the announcement, telling me what he was planning to do. We had a long conversation regarding whether he felt he was making the right decision but he had clearly talked to the people who matters to him and said he was tired. Of course, it’s disappointing. He could’ve made a huge difference at next year’s World Cup. He knows it and we know it. It is what it is.

How will it affect the planning for the World Cup?

At least AB’s given us a year to find a replacement. Well, no-one will ever replace AB de Villiers but at least he’s given an opportunity to someone to put their hand up. There’s a big space that someone can fill now. If I was a young cricketer at franchise level, I’d make sure I try to stake a claim.

How do you handle the ‘psychological blow’ among AB’s Proteas teammates that he’s not going to be around anymore?

Look, every international team goes through a so-called mourning period when a great player moves on. It’s obvious because that team has lost a great player. It’s not that we’re not going to miss him, of course we will but there’s enough talent in this country for a player to make himself into a great player in his own right.

If AB wanted to make an unexpected comeback for the World Cup, would you be open to a return?

It wouldn’t only be down to me. It’s the type of bridge you only cross if it somehow happens. When a player makes a decision on retirement, it’s hard to go back. If someone’s taken his place and is performing well, how do you deal with such a situation?

Would you make AB part of your coaching staff?

If he expresses an interest and there’s a position for him, then of course. I would imagine a guy like him would have massive knowledge to pass on to players. Whenever he’s been around at practice, he’s always talking to young guys like Aiden Markram and Temba Bavuma. They’ve learnt a lot from him. If the opportunity would arise, I would jump at it.