The veteran Proteas leg-spinner isn't going to Sri Lanka next month. It might be a bad sign for him. 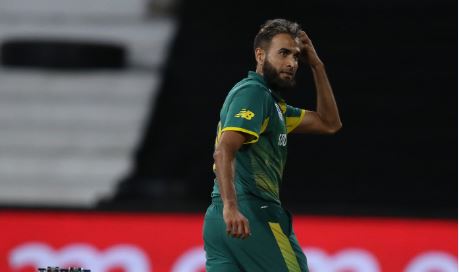 It might just be that the Proteas’ mission to explore depth before next year’s World Cup has been put into overdrive but it’s also hard to shake the feeling that Imran Tahir’s international career is subtly in decline.

The 39-year-old has shown remarkable longevity and could be considered South Africa’s best ODI bowler for the last four years.

Yet on Monday Tahir was left out of the national squad for the five-match one-day series against Sri Lanka next month.

The official line is that it’s a “strategic decision”.

“The decision to rest Imran Tahir is so that we can get a clearer picture as to who our best second spinner is to back him up at the World Cup,” said Linda Zondi, the national selection convener.

As a result, the left-arm spinning duo of Keshav Maharaj and Tabraiz Shamsi have been selected as the frontline tweakers for the tour.

Zondi also made it clear that Tahir “will be our first- choice spinner at the World Cup” though that might actually be a bit presumptuous.

In the 2017/18 season, the Pakistan-born spinner took just seven wickets in seven matches at an average of 42.42.

While his economy rate of 4.92 is still respectable, his strike rate of 51.7 balls per wicket is concerning.

That effectively translates into just just one wicket per 10-over spell.

The numbers are even grimmer for the year 2018.

In four matches, Tahir has taken a solitary wicket at an average of 175 and an economy of almost six as India’s batsmen picked him off with the greatest of ease.

It raises an important question: what happens if Shamsi and Maharaj grab their opportunities?

Is it really justified then still to consider Tahir a shoo-in for the World Cup without him showing some decent form again?

Other notable inclusions are Titans quick Junior Dala and Highveld Lions opener Reeza Hendricks, who both performed encouragingly for the Proteas in the T20 series against India earlier this year.