CEO Thabang Moroe insists that the tournament planning is going ahead, despite threats of legal action arising from last year's fiasco. 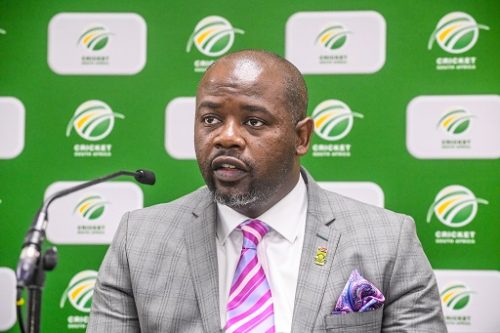 Cricket South Africa (CSA) chief Thabang Moroe has given further details on how the reworked T20 league – the replacement for the failed T20 Global League (T20GL) last year – could look later this year.

“The league continues as far as planning is concerned,” he said on Tuesday following the official ratification of the MOU18, the agreement which covers benefits and conditions of employment for all professional cricketers in South Africa over the next four-year period.

CSA have already lost in the region of R222 million due to the T20GL’s failure to launch and now face threats of legal action from at least three of that tournament’s eight franchise owners due to their plan to sideline them in the new league.

Last month, the local governing body announced that it and broadcaster SuperSport would be the two equity partners in the new league.

The number of teams:

“There is clarity. (Last) Saturday the board approved there will be six teams.”

How the six franchises will be determined:

“The process that will be followed in awarding these teams will be an independent process. We have contracted Nielsen Sports to run the process. They will make a presentation to the board.

“Members will be asked to bid to host. There will be certain criteria applied by Nielsen. These involve monies, ability to pull crowds, infrastructure and governmental support.”


When the tournament will take place:

“Between November and December.”

The sponsorship situation (one of the reasons why the T20 Global League failed):

“Owners meetings are scheduled from 8 to 12 August. We’ll be in Dubai and Mumbai to talk about the future of this league.”

“We have continued to meet with the broadcasters, the corporates out there for sponsorship opportunities. We are going to start structuring the salaries of players as far as the T20 is concerned.”