Ashwell Prince and Mark Boucher, coaches of the Blitz and Spartans, highlight a few early challenges for the T20 tournament that aren't always spoken about. 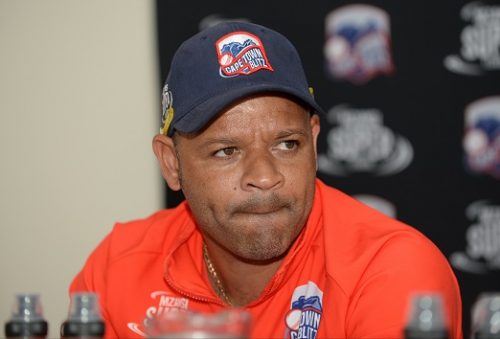 But then the two respective franchises’ coaches, Ashwell Prince and Mark Boucher, deliver a deflating, but very valuable reality check.

After all, these two feisty former Proteas are known for being pragmatists.

“There’s no rivalry at all,” Blitz mentor Prince said.

“This is the first game of a new competition, so everyone is in the same boat. We all have a lot of new players, players from other parts of the country, players from overseas.”

It sounds innocent enough, but it’s something stakeholders and fans must take into account.

New tournaments such as the MSL take time to inspire team loyalty from fans.

And eventual loyalty can’t be underestimated in terms of ensure the success of this venture.

A good example his how traditional rivalries even keep a watered down competition like the Currie Cup going.

The romanticism and nostalgia of, for example, a Western Province-Blue Bulls game still leads to a fair amount of hype.

However, coaches and players also have a part to play in inspiring loyalty as they are the ultimately responsible for delivering a team’s “product”.

That will also require patience from all involved.

“You’re not going to create a team culture in a couple of days,” said Spartans coach Boucher.

“You only really do that over a longer period of time, maybe after six games or so then guys start to know each other. Only then can you really start creating something. It’s just about giving the guys the right environment to settle in and perform.

“The important thing now is to win, to build momentum.”

“Everyone will also be looking to settle down as quickly as possible and I think that will be key, whoever can do it the quickest, they’ll be the team with the advantage.”