The Cape Cobras star has been a consistent run-maker in domestic cricket and plays a similar game to South Africa's bearded veteran. 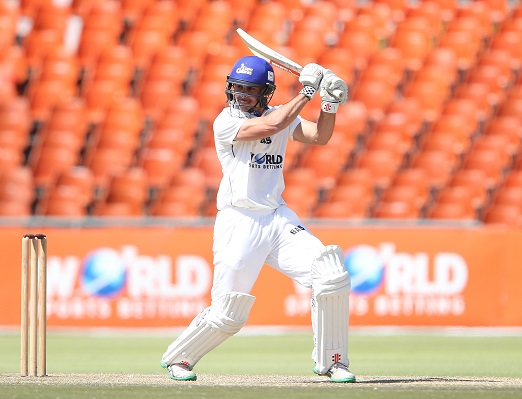 In what is one of the bigger indications that Hashim Amla is contemplating international retirement, the Proteas selectors named uncapped Zubayr Hamza in for Test series against Pakistan starting after Christmas.

The 23-year-old Cape Cobras batsman, who bats in the No 3 position, is by all accounts the type of player that deserves recognition.

Not only is his firs-class average a very impressive 48.95 – with a fluent strike rate in excess of 62 – but he’s also shown his mettle at franchise level.

Hamza made 828 runs at 69 in last season’s domestic four-day competition, importantly showing an ability to convert half-centuries into hundreds.

In fact, three of his seven scores over fifty went past the three figure mark.

But the deciding factor was surely Hamza’s showing for South Africa ‘A’ against their Indian counterparts earlier in August.

In testing conditions, he overcame a duck in the first innings of the first ‘Test’ to score 63 in the second and followed that with an attacking 93 off just 125 deliveries.

“Zubayr has been one of the standout cricketers in domestic cricket over the past year and carried that form into the South Africa A tour to India where he averaged over 50 in the four-day series against tough opposition and under tough conditions,” said selection convener Linda Zondi.

“His selection is part of our vision for the future as we start to feed new players into the system. It is inevitable that some of our senior players will start thinking of retiring in years to come and it is vital that we have a good succession plan in place.”

The injury to Lungi Ngidi means the Proteas will miss a central figure in their pace attack, but the selectors aren’t too worried about his void being filled by Duanne Olivier, who has five Tests behind his name.

“Duanne has impressed on his previous appearances for the Proteas and has had a good franchise season to date with 20 wickets in his five matches at an average of 22.80,” said Zondi.

The first Test starts in Centurion on 26 December.