Ottis: It’s a bit scary to think Rabada is only at 60% 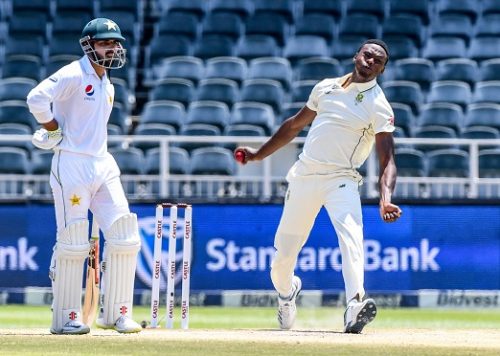 Kagiso Rabada, usually a man who guards his words well, recently hinted that he feels his body needs a break.

It’s therefore rather comforting that Proteas coach Ottis Gibson couldn’t help but chuckle when asked about how his premier fast bowler is going to be managed in the build-up to the World Cup later this year.

“KG says he’s at 60%,” the West Indian said, struggling to contain his laughter.

Jokes aside, it is a tad difficult to judge accurately where exactly the 23-year-old is in terms of fitness given that he still had a very productive series against Pakistan, taking 17 wickets at 18.70.

It’s a haul only bettered by the magnificent Duanne Olivier, who ended with 24 victims.

“He’s still taking wickets and doing a great job for the team. What we’ve done in the past 12 months though is look for opportunities to rest key players. It is a bit more complicated with Lungi Ngidi still injured to replace KG. But we’ll find a time.”

Another factor that requires careful thought is how to judge the demands of the World Cup with Rabada’s fitness.

“You’d obviously want to give him a break, but KG is an important part in the way we want to play ODI cricket. So he’ll have to play. Also, if he’s rested, he won’t be on a beach in Cape Town, he’ll be present with the squad an strategising still,” said Gibson.