Amla’s fine legacy is being eroded

The bearded stalwart's record in the five-day format renders him an undoubted legend, but his career is rapidly reaching a lowly end point he doesn't deserve. 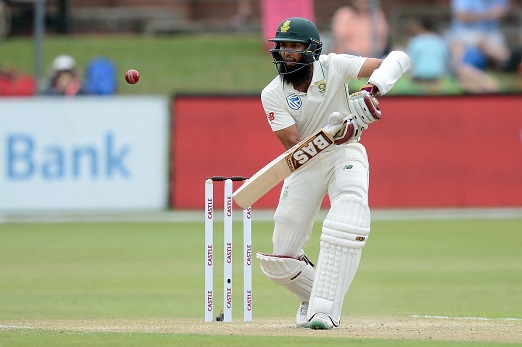 Hashim Amla of Proteas watches the ball after playing a shot during day 2 of the 2nd Castle Lager Test match between South Africa and Sri Lanka at St George's Park on February 22, 2019 in Port Elizabeth, South Africa. (Photo by Isuru Sameera Peiris/Gallo Images)

Hashim Amla’s absence from the Proteas ODI squad for the first three ODIs against Sri Lanka allows for some proper introspection on how the twilight of his illustrious career is panning out.

While the 35-year-old’s experience will be vital for South Africa in this year’s World Cup, speculation is now rife that he’s played his last Test.

And that won’t be a happy memory – the fiasco that was the loss to Sri Lanka in Port Elizabeth.

Amla’s value to the Test side simply can’t be underestimated.

He’s South Africa’s second biggest run-scorer – 9282 at an average of 46.64 – trailing only the peerless Jacques Kallis.

He’s also second on the list for centuries scored and holds the record for South Africa’s highest individual score in Test cricket, a memorable, unbeaten 311 against England in 2012.

However, Amla’s legacy is being negatively affected by indifferent form for some time now.

It started in mid-2016 when he went 10 innings without scoring a fifty.

Two big centuries in three innings at the start of last season against Bangladesh had suggested that Amla’s impeccable standards had returned, but that proved to be a false dawn.

While he still played crafted some vital knocks in challenging conditions, the right-hander failed to scored another century in 29 innings before his retirement.

The current series against Sri Lanka would be a particularly low-key way for Amla to end on.

His hesitance outside off-stump – a longstanding problem – came to the fore in the first innings in Durban before he played a tame shot to gully in the second.

At St George’s Park, he was castled for the first golden duck of his career and couldn’t take advantage of a decent platform after the Proteas has established a decent lead.

His catching prowess is started to wane and it’s costing his team.