Change inevitable for the Proteas, but it’s not all bad

JP Duminy feels positive about the state of the local game after announcing his retirement from ODI cricket. 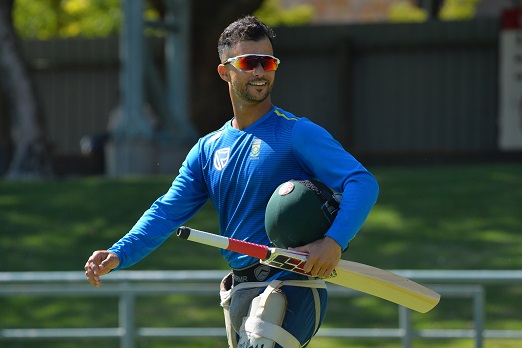 JP Duminy believes the Proteas are on the cusp of a full-blown transitional period after he became the latest veteran to announce his ODI retirement after this year’s World Cup.

The left-hander joins Morne Morkel, AB de Villiers and Imran Tahir in moving on, though he’ll still be available in the T20 format like Tahir, ostensibly to target next year’s T20 World Cup.

“The impact (of all the retirements) is difficult to assess,” he said ahead of Saturday’s fifth and final ODI against Sri Lanka at Newlands, where the home side is aiming for a series whitewash.

“There will be a period of transition, no doubt. In fact, there might be quite a few of these phases left for South African cricket, but we’ll be stronger for it. We’ve seen that the game of cricket carries on.

Yet the emergence of several rookies leaves Duminy confident that his decision isn’t going to suddenly see the national team going into a free-fall.

“The health of local cricket is in a good place,” he said.

“There are some good cricketers coming through. The stock is good. I’m excited to see what the future holds.”

Having just recovered from a long-term shoulder injury, Duminy won’t have many opportunities to prepare for an expected trip to the World Cup, especially after missing out on an IPL gig.

“I don’t know what the future holds in terms of the IPL, but it’s not even on my radar. What’s important now is that I perform for the Cobras in the (upcoming) domestic T20.”