The talented opening batsman has enjoyed a big week after earlier being included in the Proteas squad for the first time. 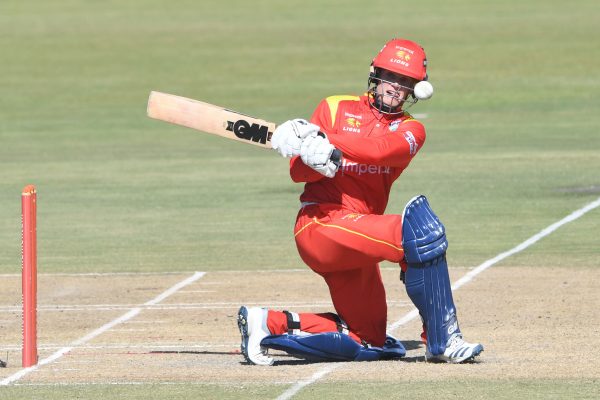 Lions opening batsman Ryan Rickelton recorded a wonderful unbeaten century as his team swept past the Cobras in a One Day Cup game in Potchefstroom on Friday. Picture: Getty Images

Ryan Rickelton celebrated his inclusion in the Proteas squad for the first time with a marvellous unbeaten century to take the Imperial Lions to a bonus-point victory over the Cape Cobras in their Momentum One-Day Cup match in Potchefstroom on Friday.

Rickelton thoroughly dominated the bowling as he stroked an impressive 109 not out off 98 deliveries, as the Lions chased down their target of 222 in just 39.2 overs with six wickets to spare. The 24-year-old Rickelton is one of the country’s brightest young batting talents and this week he was named in the Proteas squad for the T20s in Pakistan, his maiden international call-up.

Opening the batting, Rickelton and Wesley Marshall (28) gave the Lions a solid start by raising the 50 in the 10th over, before the Cobras struck back with two wickets in four overs. But an inspired stand of 98 in 16.2 overs between Rickelton and Dominic Hendricks (54 off 61 balls) put the Lions within sight of victory.

Rickelton completed his third century in 50-over cricket and a brisk 22 from Nicky van den Bergh ensured the bonus point was gained.

The Cobras, having won the toss and elected to bat first, made a good start, Janneman Malan’s well-controlled 67 off 94 balls driving them to 121 for two after 28 overs. But the Lions attack, bowling straighter and fuller than they had been earlier, fought back impressively by taking regular wickets.

It was a fine all-round effort by the Lions attack, but Eldred Hawken, in his first game this season, recovered from a rusty start to lead the pacemen with one for 26 in eight overs, and captain Aaron Phangiso took care of the middle overs, taking two for 33 in his 10 excellent overs of left-arm spin.

The Cobras will also leave Senwes Park for the bio-bubble feeling they had a raw deal when it came to lbw decisions. Du Plessis looked unfortunate to be given out to Phangiso just as he was starting to accelerate, while Rickelton survived three appeals during his innings when the ball certainly looked wicket-bound.